Being one in a series of notes on the odd and the by-the-way in a bustling and historic part of London. 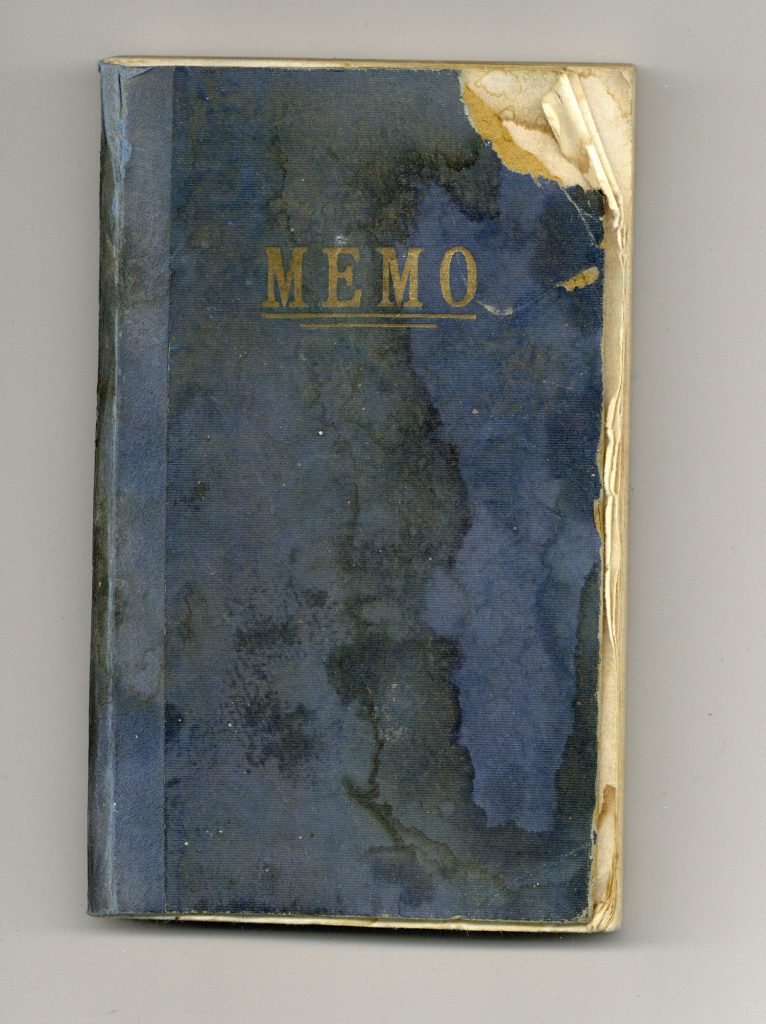 An Employee Accident Book dating back half a century has come to light in a corner of a former builder’s yard in Oval, now Blissetts Builders Supplies & DIY at 32 Brixton Road. 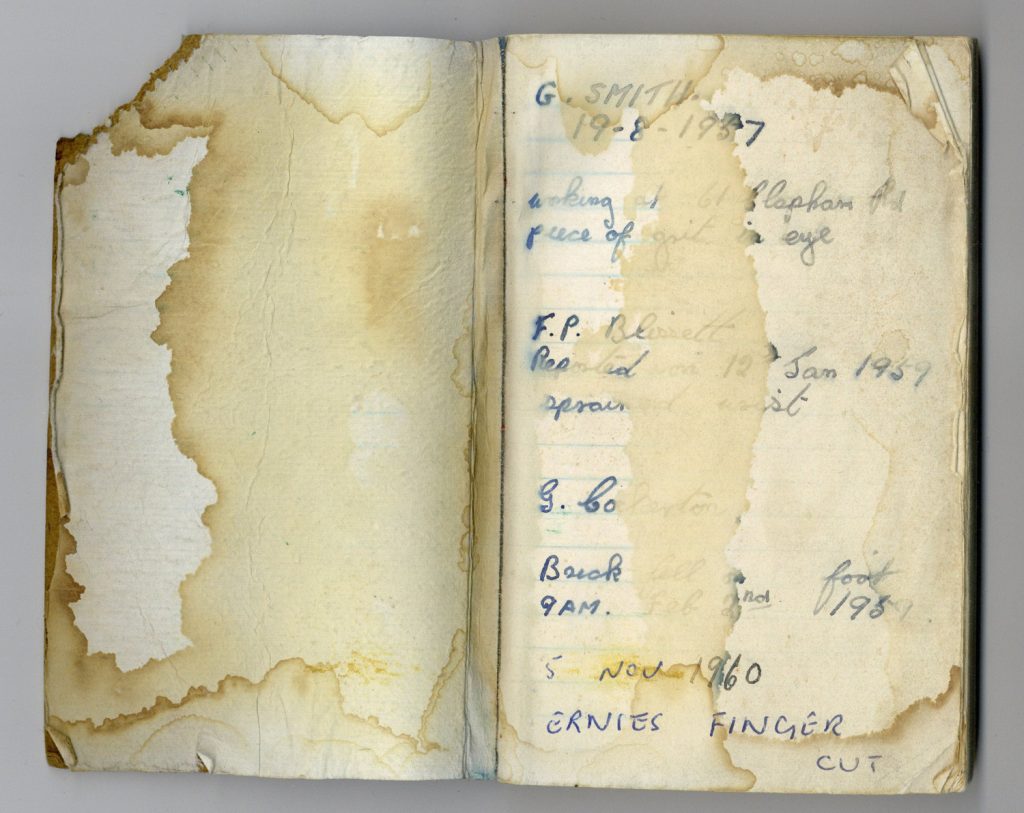 Rain from a roof leak has besmudged many entries in the logbook, the earliest legible one being that for 5 November 1960. It reads ‘ERNIES FINGER CUT’. 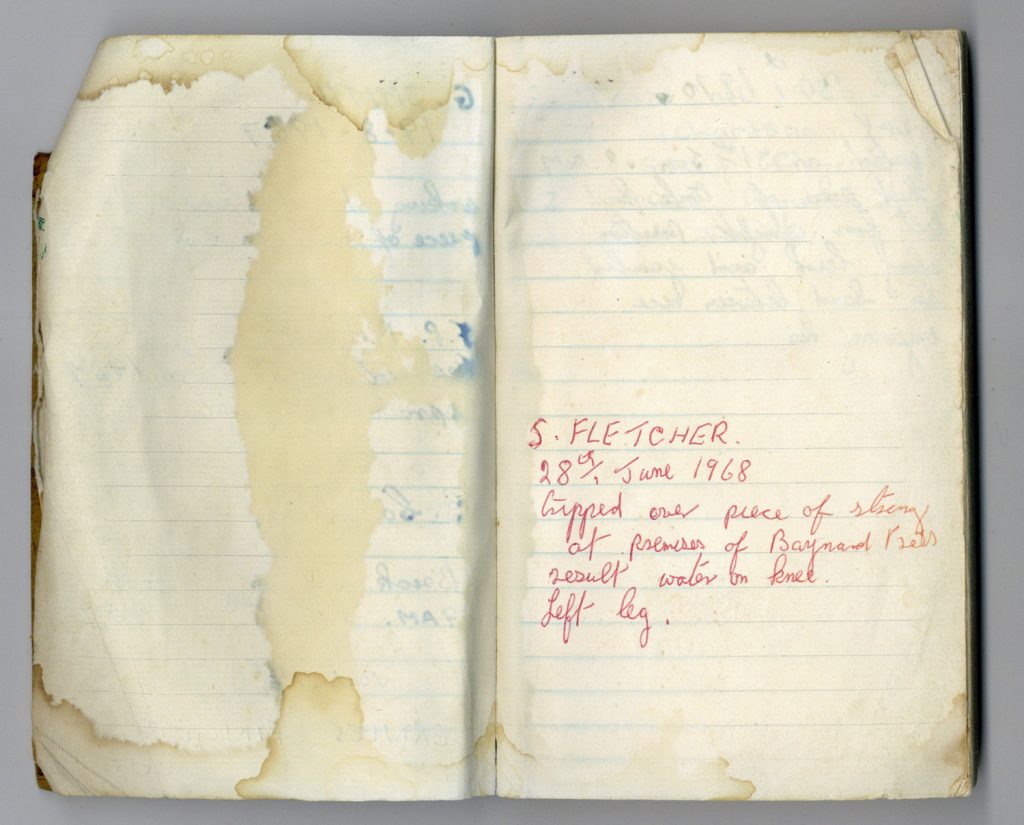 ‘Tripped over piece of string

At premises of Baynard Press 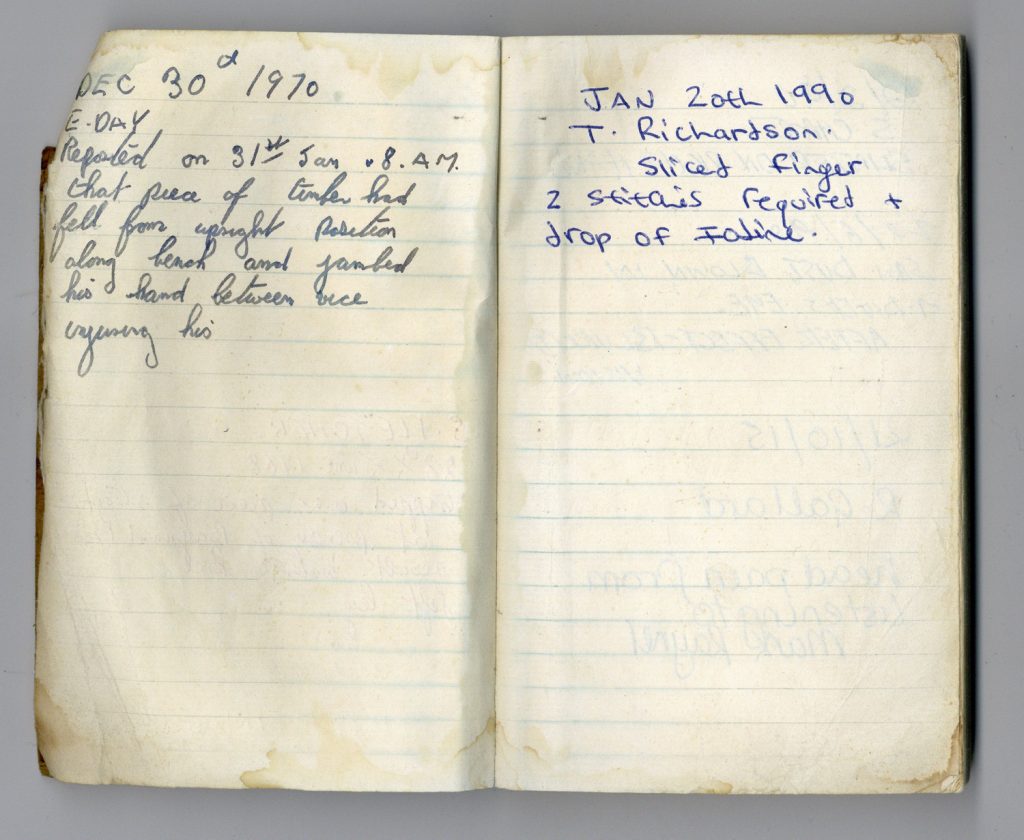 On 20 January 1990, a T. Richardson is listed as suffering ‘sliced finger 2 stitches required + drop of iodine’. 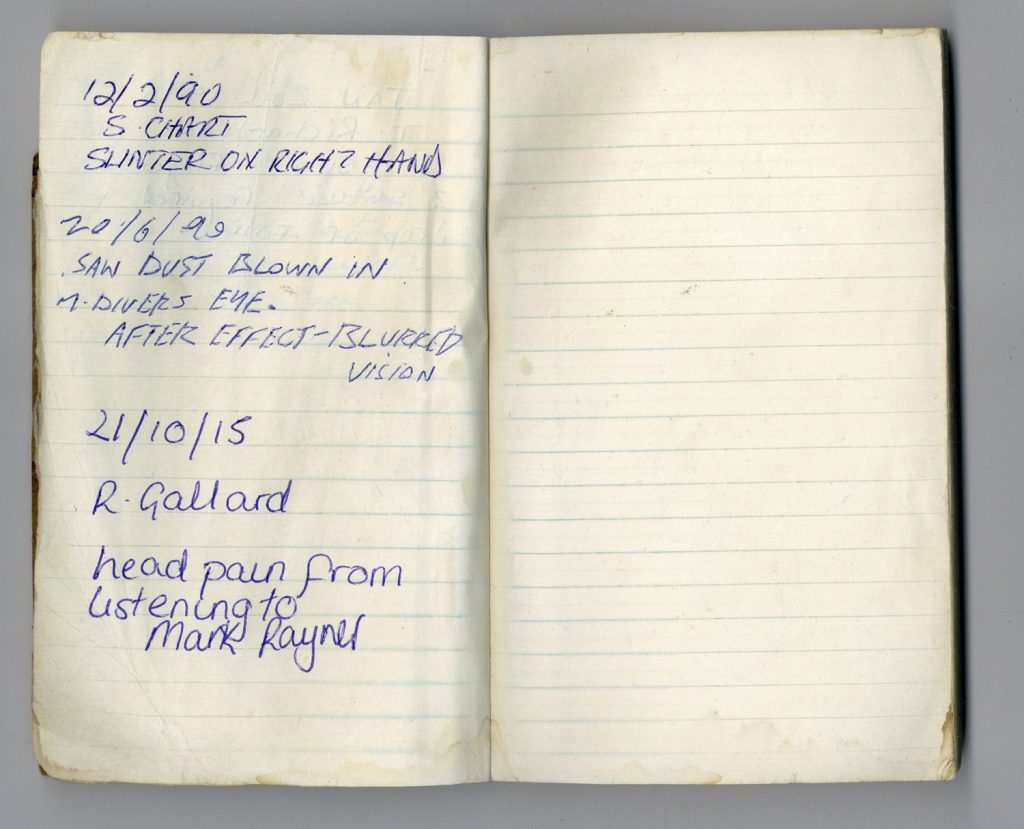 The final entry, from 21 October 2015, records an ‘R. Gallard’ as suffering ‘head pain from listening to Mark Rayner’.

In 1981 Blissetts was acquired by Derek Rayner, who died in 2017. It is still a family business, run by Mr Rayner’s sons Paul and Mark (that Mark) with the help of Paul’s son Tom.

Previous Post: « Get 55% off 2 classic local history books and help a good cause
Next Post: Care to help honour Lambeth’s dead of the First World War? »