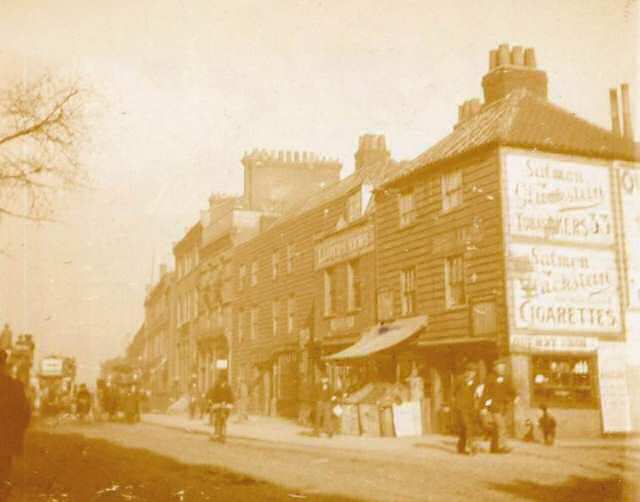 People are sometimes puzzled by the name of Lambeth High Street, which runs southwards from St. Mary’s church, Lambeth to join Black Prince Road. It seems so unlike the typical high street scene, and yet a hundred years ago this is exactly what it was.

It was especially a place for traders connected with the river or with pottery. John Doulton’s works opened here in 1815 and later Stiff’s pottery, the street being called Back Lane.

Enquiries made in 1978 by Arthur Lefevre gives the following picture of Lambeth High Street in 1887.

Another feature of Lambeth High Street was, and is, the burial ground, consecrated in 1705 and enlarged in 1815 by demolishing some buildings in High Street and Paradise Street. It became a public open space in 1884 when the gravestones were placed round the edge. Many streets and lanes leading off High Street have disappeared, including Calcot Alley which is reputed to have been the home of Francis Moore, of Almanac fame. The side streets were the sites of potteries mostly bought up by Stiff and Doulton.