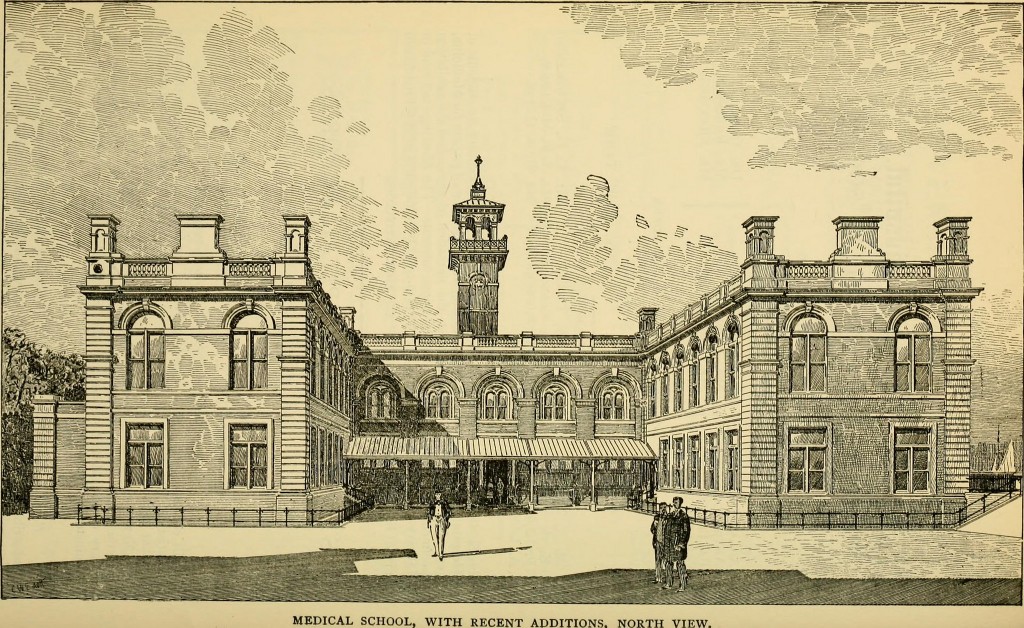 St Thomas’s Hospital was founded in about 1106, probably as part of the Priory of St Mary Overie, Southwark but its name The Hospital of St Thomas the Martyr probably dates after Thomas Beckett was made a cannon in 1173. Around 1210 the Priory was destroyed by fire and the hospitals moved to land near London Bridge. In the early 1400s Richard Whittington (the famous Lord Mayor of London) made ‘a new chamber with eight beds for young women who had done amiss, in trust of a good amendment’ commanding ‘that all things that had been done in that chamber should be kept secret… for he would not shame no young woman in no wise, for it might be the cause of their letting [i.e. hindering] of their marriage’.

Thomas Cromwell, who called it ‘the bawdy hospital of St Thomas in Southwark’ in 1535 as it was alleged that the master kept a concubine and had sold the church plate. In 1540 Henry VIII closed The Hospital of St Thomas the Martyr, and ‘decanonised’ Becket. In 1551 the buildings were granted to the Lord Mayor and citizens of London by Edward VI and the hospital was reopened under the name of the Hospital of St Thomas the Apostle. Patients were expected to attend a daily service in the chapel and if they did not they went without food. They were also punished for dicing, gambling, swearing and drunkenness. In 1561 unmarried pregnant women were refused admission because the hospital was erected for the relief ‘of honest persons and not of harlottes’.

In 1566 Henry Bull was appointed the first physician to the hospital at an annual salary of £13 6s 8d. The hospital was rebuilt largely at the expense of Lord Mayor Sir Robert Clayton between 1693 and 1709. In 1703 Richard Mead, physician to Queen Anne and George II, was appointed physician and improved the hospital’s facilities with the help of his friend Thomas Guy. Guy founded the adjacent sister hospital, Guy’s. 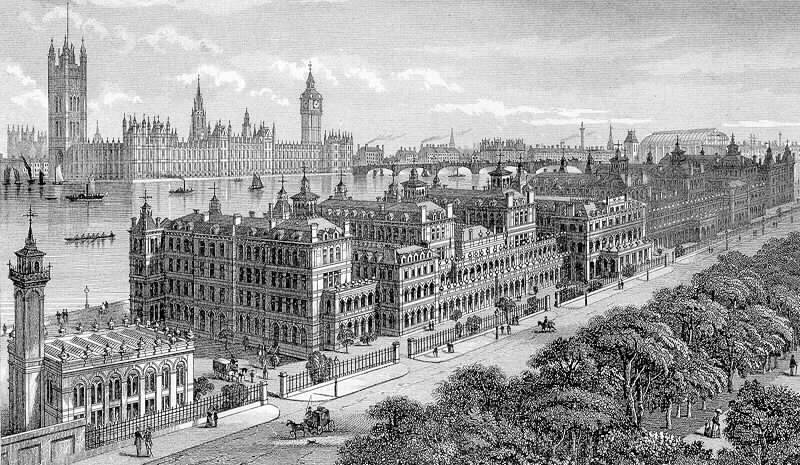 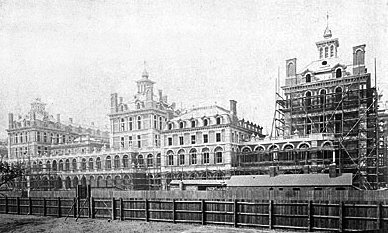 The hospital moved to its present site in 1871 as its old site was bought to build London Bridge Station in 1859. Queen Victoria laid the foundation stone on 13 May 1868. The architect was Henry Currey who designed a block formation which was approved by Florence Nightingale. Nightingale was to establish her Nightingale Training School of Nursing at St Thomas’ and thus revolutionised the profession.

A medical school was opened in 1871 and by 1900 there were 11 special outpatients departments (ophthalmic, throat, skin, ear, teeth, electrotherapeutics, X-ray, vaccination, mental diseases, diseases of women and diseases of children). In the Second World War the hospital was heavily bombed and in 1956 W. Fowler Howitt designed a new east wing which was completed in 1966. The north wing has subsequently been built by Yorke, Rosenberg and Mardall.

The Evelina Children’s Hospital was re-established on the site of the former nurses’ home. It was opened in 2004.