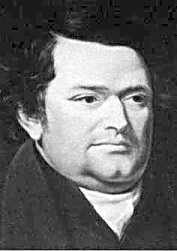 At age 18 Joseph Lancaster opened his first school in a room in his father’s house. Two years later, in 1798, his school moved into new purpose-built premises in Borough Road, Southwark. The new school building initially had 300 pupils but a sign outside read: “All who will may send their children and have them educated freely, and those who do not wish to have education for nothing may pay for it if they please.” Pupil numbers soon rose to about 1000 (800 boys and 200 girls).

Using some ideas from a pamphlet by Andrew Bell (who used monitors to teach younger children) Lancaster developed the ‘Lancasterian System’. This relied on grouping pupils by ability. The children in the top group were taught by a qualified teacher but would also spend time teaching children in the lower groups. Lancaster’s system utilised a complicated series of punishments that encouraged children to feel a sense of shame but without the use of physical punishment. His system was designed to provide a basic education for as many children as possible with the funds available, and despite a great shortage of teachers.

His methods were much admired and his school had many visits by dignitaries such as the Duke of Bedford, Lord Somerville and the Duke of Sussex. In 1805 Lancaster met George III who promised to help with funding. In 1808 The Society for Promoting the Lancasterian System for the Education of the Poor was formed, supported by a number of prominent Christians including William Wilberforce. Renamed in 1814 as the British and Foreign School Society (BFSS) throughout the 19th century it help to set up about 50 ‘British Schools’ and a few teacher training colleges, on non-sectarian principles, in both Britain and overseas.

In 1816 Lancaster fell out with the BFSS and after attempting to set up an independent new school in Tooting, which ended in bankruptcy, he moved to America and over the next 20 years tried unsuccessfully to form schools in Baltimore, Venezuela and Canada. He died in 1838 following an accident. 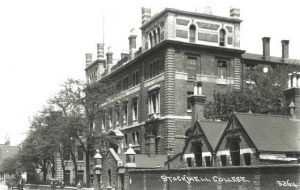 When the state took responsibility for education, the BFSS continued to sponsor teacher training institutions. The Stockwell British and Foreign School Society’s Training College for Mistresses was built in 1861 and had practising schools attached. It was demolished in the 1930s to make way for the Stockwell Gardens Estate, a large residential complex of five-storey apartment blocks.

The colleges have now all closed or merged with other institutions and the BFSS now acts as a resource centre and administers various trusts and funds in pursuit of its aims:
“…the advancement of education, that is, the physical, mental, moral, religious and spiritual development of the whole person regardless of national, racial or cultural background in accordance with the principles of the Christian faith but on a non-sectarian and inter-denominational basis and without credal tests.”

One of the original British Schools, at Hitchin in Hertfordshire, has been restored by Hitchin British Schools Trust to its original state: it now offers a complete experience of 19th-century schooling to classes of visiting children.

Tryphena Sparks, a first cousin of the novelist and poet Thomas Hardy, who had previously been a pupil-teacher at a small Nonconformist elementary school in Athelhampton, about a mile east of Puddletown in Dorset, attended Stockwell Normal College in 1870.