David Coke, co-author with Alan Borg of Vauxhall Gardens: A History, will lead ‘The Heyday of Vauxhall Gardens’, a Vauxhall Society/vauxhallhistory.org guided walk, on Monday 4 September 2017. The walk marks the traditional end of the season for this world-famous open-air attraction.

Kick-off for this Lambeth Heritage walk (an hour or so long) is 2.30pm sharp, so meet a bit earlier outside Starbucks, Vauxhall Station. 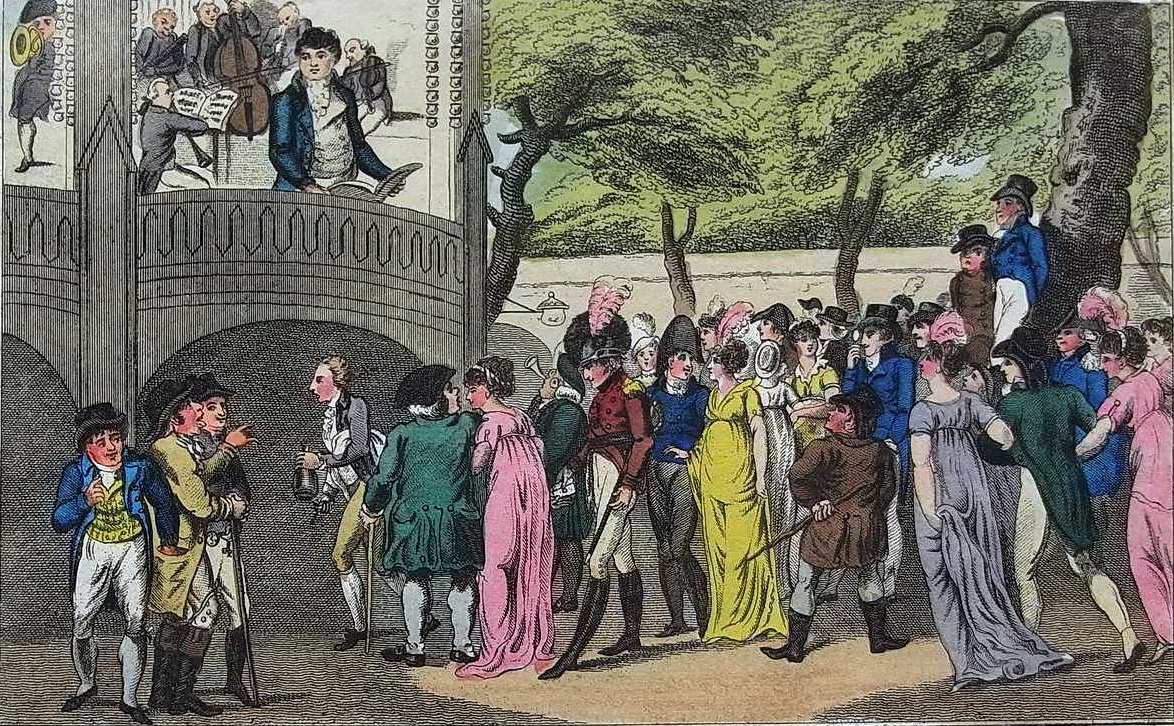 ‘One half of the world don’t know how t’other half lives,’ Sung by Mr Dignum, at Vauxhall Gardens’ is the caption to this 1805 etching , which shows a star Vauxhall Gardens tenor of the day about to serenade evening strollers with one of his hit numbers. ‘Mr Dignum’ is standing in ‘The Orchestra’, the name of the Vauxhall Gardens bandstand; backing him is ‘The Band’. To the extreme left a pickpocket robs what looks like an unwary country yokel, while a harassed waiter speeds by with more wine for one of the supper parties at a table in the alcoves on the ground floor of The Orchestra. Meanwhile, assorted swells parade their ladies, some perhaps of negotiable virtue. The Vauxhall of today is certainly getting acquainted with ‘how t’ other half lives’. In 1805 Vauxhall Gardens was in the countryside and set slightly back from the River Thames, although many frolickers were rowed to Vauxhall from the opposite bank. The Vauxhall shore is now sprouting one skyscraper of million-pound flats after another. David Coke Collection; original in British Museum