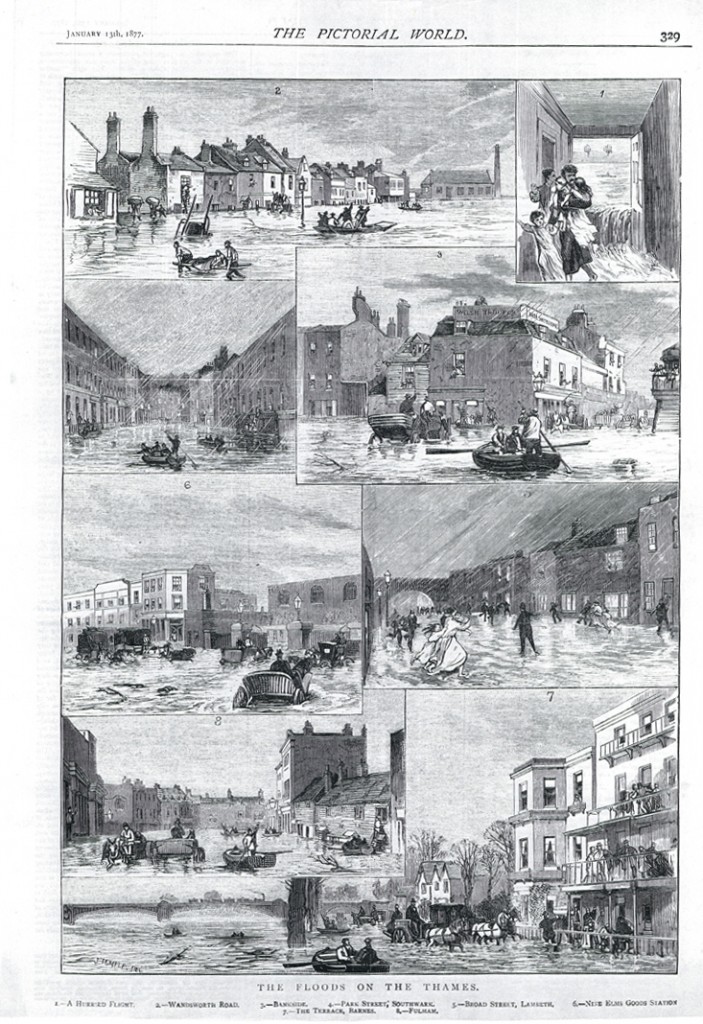 Policemen rap on the doors of hovels in Broad Street (now Black Prince Road), urging barefoot women and children to flee. Stretcher-bearers wade across the Wandsworth Road. Dinghies dodge horse-drawn carriages along Lambeth Road, and Nine Elms Goods Station is awash with freezing, filthy water. These are graphic scenes along the South Bank caught by the anonymous sketch artists of The Pictorial World  (13 January 1877). You can see these vivid images – and more – for yourself at Lambeth Archives.

What the policemen are shouting is likely to be ‘Coming over!’ a flood warning not uncommon in Victorian Lambeth. And it wasn’t just water: there were no floodgates on the sewer outlets lining the Thames bank. Flush toilets, drains, factories, slaughterhouses and breweries, all emptied into the Thames in the mid-19th century. Local deaths from cholera began to tail off in the 1850s after the Lambeth Water Company switched to drawing water further upstream at Thames Ditton. There are now floodgates along the Thames in London, but at times of overload they are opened and the filth still (2016) discharged into the Thames. 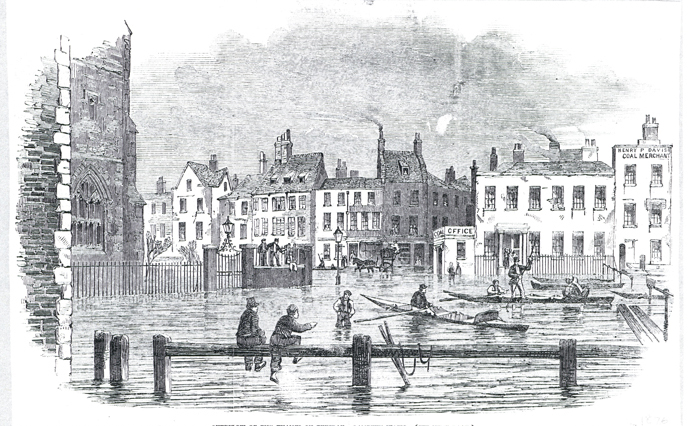 In keeping with the paper’s title, The Pictorial World leaves its artists to do the talking. The brief text notes that a series of heavy downpours had caused even worse floods two years earlier. The 1877 inundation, however, crept up on people so gradually that they were taken by surprise when the waters began rolling over windowsills. The Pictorial World’s antiquated prose strikes one modern note: it warns that flood-prevention measures on one stretch of a waterway store up trouble for somewhere else not adequately protected (like  the South Bank at Lambeth?).

The 1877 floods took place eight years after the completion of the Albert Embankment. Further floods in 1928 swamped the Tate Gallery, giving new meaning to the term ‘water colour’. 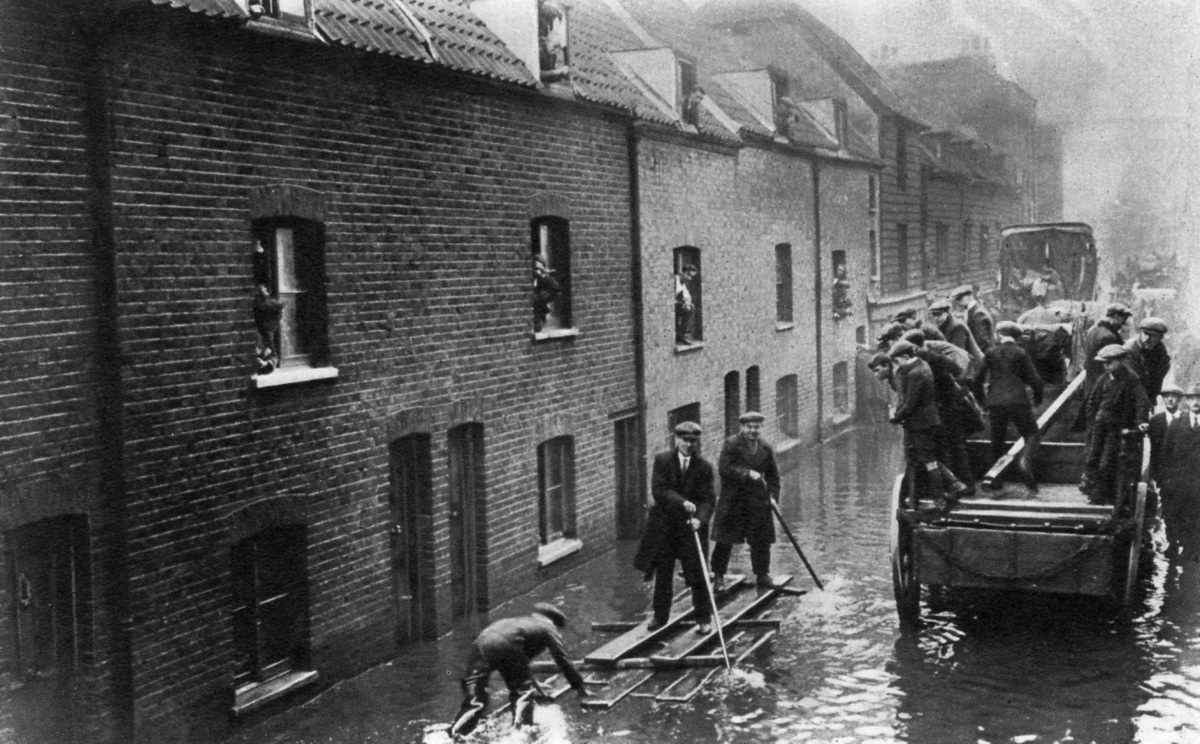 Flooding in London in January 1928

There was fresh mayhem in 1983, for which the Thames was blameless. Three hundred nurses were evacuated from their quarters at St Thomas’ Hospital when water from a burst main in Westminster Bridge Road reached a 16,000-volt power cable. At nearby County Hall, furniture was soon afloat in 10 ft of water.
Ross Davies.

Previous Post: « Anthony Eyton RA on the ‘lure of Brixton’
Next Post: The Thames in Textiles: Work from the Morley show »