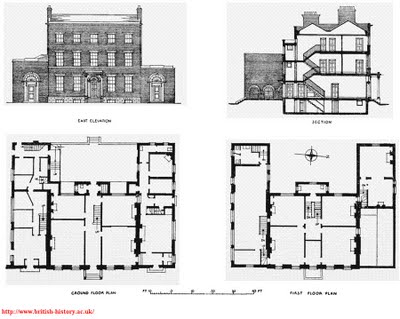 Number 274 South Lambeth Road was once known as Beulah House. Despite its apparent neglect this Georgian remnant is Grade II listed  (NGR: TQ3042376874):

The building is described in detail in the 1956 Survey of London: volume 26: Lambeth: Southern area accompanied by plans and elevations. According to the survey:

In 1791 Crooked Bridge Field was let by John and Sarah Bond on building lease to William Burrows of South Lambeth, plasterer, who erected houses on the site.

No. 274, Beulah House, is a well-proportioned three-storey house with single-storey wings.

The wings and central Ionic porch have been altered or rebuilt sympathetically. The modelled keystones to the arches in the wings are almost certainly of Coade’s artificial stone.The house was first leased in 1798 to Horatio Clagett.

From 1825 until his death in 1849 it was occupied by John Poynder, clerk and solicitor to Bridewell Hospital. He was the author of several theological tracts and “Literary Extracts from English and other Works, collected during Half a Century”. He was also a stock-holder in the East India Company, and as a result of his passionate campaigning the practice of sati was declared to be punishable as culpable homicide in 1829.

In 1852 a lease of the house and premises, including a wash-house, laundry and drying ground in the rear, was obtained by Thomas Cook, William Hill and Henry M. Rogers, “scourers”.

The premises are still used by Rogers and Cook, Ltd. 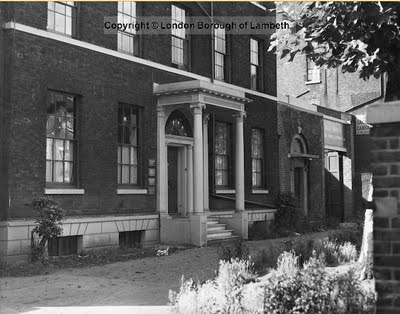 According to Lambeth Archives: “Rogers and Cook; Launderers, Dyers and Cleaners were situated in a former Georgian dwelling at 274 South Lambeth Road. The laundry was established in 1823 and became royal launderers by appointment to King George V and the Prince of Wales”.