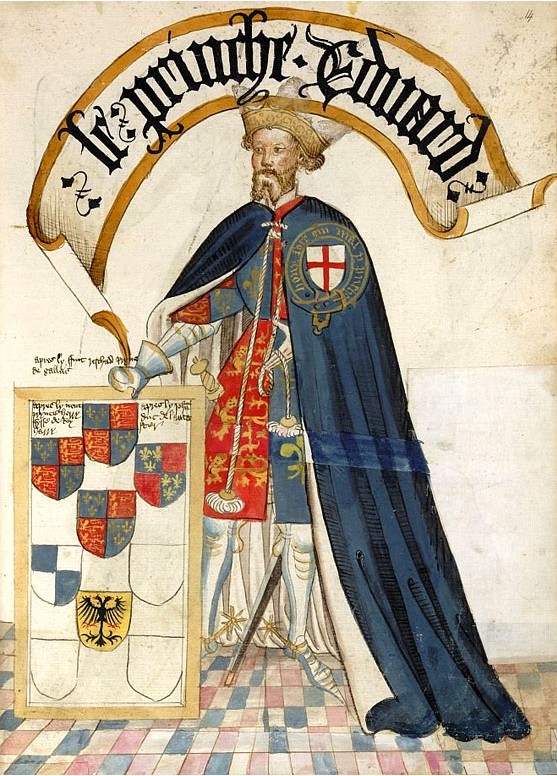 There had been a royal residence (at Kennington Palace) near the junction of Kennington Lane and Kennington Road as far back as Saxon times. In the 14th century the site became the principal residence of Edward, Prince of Wales (1330-1376), now familiarly known as the Black Prince, a name only given to him in the 16th century, supposedly because of the black armour he wore.

Edward was born at Woodstock, Oxfordshire, on 15 June 1330, the son of King Edward III of England. During his lifetime, he was called Edward of Woodstock. In 1346 he accompanied his father on the English campaign in Normandy, and during the Battle of Crécy, when he was only 16, the prince won high renown for his command of the right wing of the English army.

During the last years of his life, Edward was a leader of the political faction that rebelled against the misrule of his younger brother, John of Gaunt, Duke of Lancaster. Edward finally succumbed to an illness he contracted in 1367 during the campaign against the King of Castile and died at Westminster on 8 June 1376. He was buried in Canterbury Cathedral, in which parts of his armour still hang.