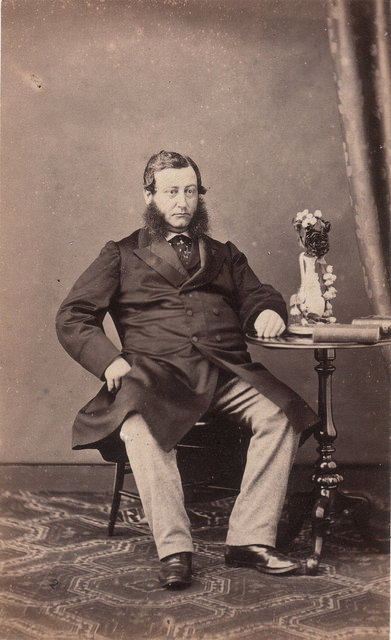 The Bower was a popular pleasure haunt of the 19th century. It was originally attached to the Duke’s Tavern in Stangate Street, not far from St. Thomas’s Hospital. It was devised by Philip Phillips, a scenic artist at the Surrey, Adelphi and other theatres. Phillips specialised in dioramas and, when he bought and enlarged the Bower Saloon in 1838, he envisaged his scenery being the main attraction.

Augustus Harris, the elder, was at this theatre in 1841. He was obliged to play even the most demeaning roles, from Pantaloon to light comedian, yet he proved to have considerable acting ability. We went on to become manager of the Princess’s Theatre, Oxford Street in 1859, where Henry Irving made his first appearance.

When George Alfred Hodson, the Irish comedian, took over the place in the summer of 1843, it was a respectable and flourishing concern. Hodson was a typical stage Irishman with a green swallow-tailed coat, red waistcoat, cord breeches, worsted stockings, brogues and carrying a shillelagh and a bundle. His children entered the business, with his son running the Bower after George’s death. Daughter Henrietta began her career on the stage at the Bower and added to its fame. In later years she married Henry Labouchere, and the couple ran the old Queen’s Theatre in Long Acre.

James Biddies came from Astley‘s to take over the Bower in October 1845. His daughter, too, as Mrs Calvert, became one of the popular actresses of her time. The Bower was something of a “nursery of celebrities” with many talents passing onto the larger stage. J.B. Howe went on to the Britannia, Hoxton; James Fernandez was later with Irving at the Lyceum. Also at the Bower, was the “Great Little Robson”, who has been credited as being one of the world’s greatest actors.

A Mr Tully was musical director of the Bower orchestra at one time. He had been chorus master for Mme. Vestris at the Olympic and Covent Garden. He had led the orchestra at Astley’s in the production of “Mazeppa”. Several little operettas written by him were presented at the Bower, including “The Swiss Village”. Plays ranged from “Macbeth” to “Maria Marten”, and at Christmas there was usually a pantomime despite the smallness of the stage. The last of these was “Mother Goose” in 1875. In 1870-80, the “Sower Baloon” was no better than a “gaff’ – a place of cheap and crude entertainment catering for the lowest common denominator. It was rebuilt in 1875 and renamed the New Stangate Theatre, but was converted into a warehouse for candles in September 1877.