The Doulton fairytale panels in the South Wing corridor of St Thomas’ Hospital get star billing in issue 22 (2017) of the GIST, the Guy’s and St Thomas’s magazine ‘History Corner’ feature.

Margaret Thompson and William Rowe’s panels, made a short walk away at the Doulton factory in Vauxhall, once brightened up the two children’s wards opened in 1901 and 1903 – until, that is, German bombers struck in the Second World War. No children were hurt and enough of the panels survived to be restored and in 2008 displayed in South Wing corridor. 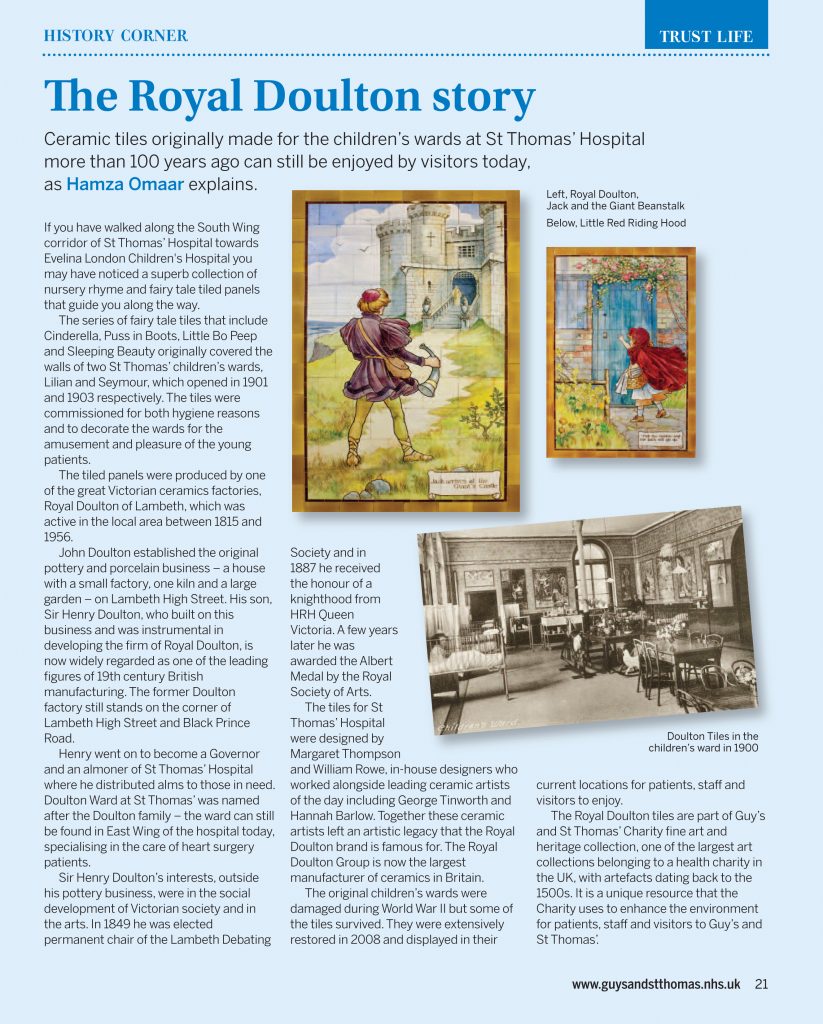 Read about the bombing on London SE1’s website: Remembering the 11 St Thomas’ staff and firefighters killed in the bombing