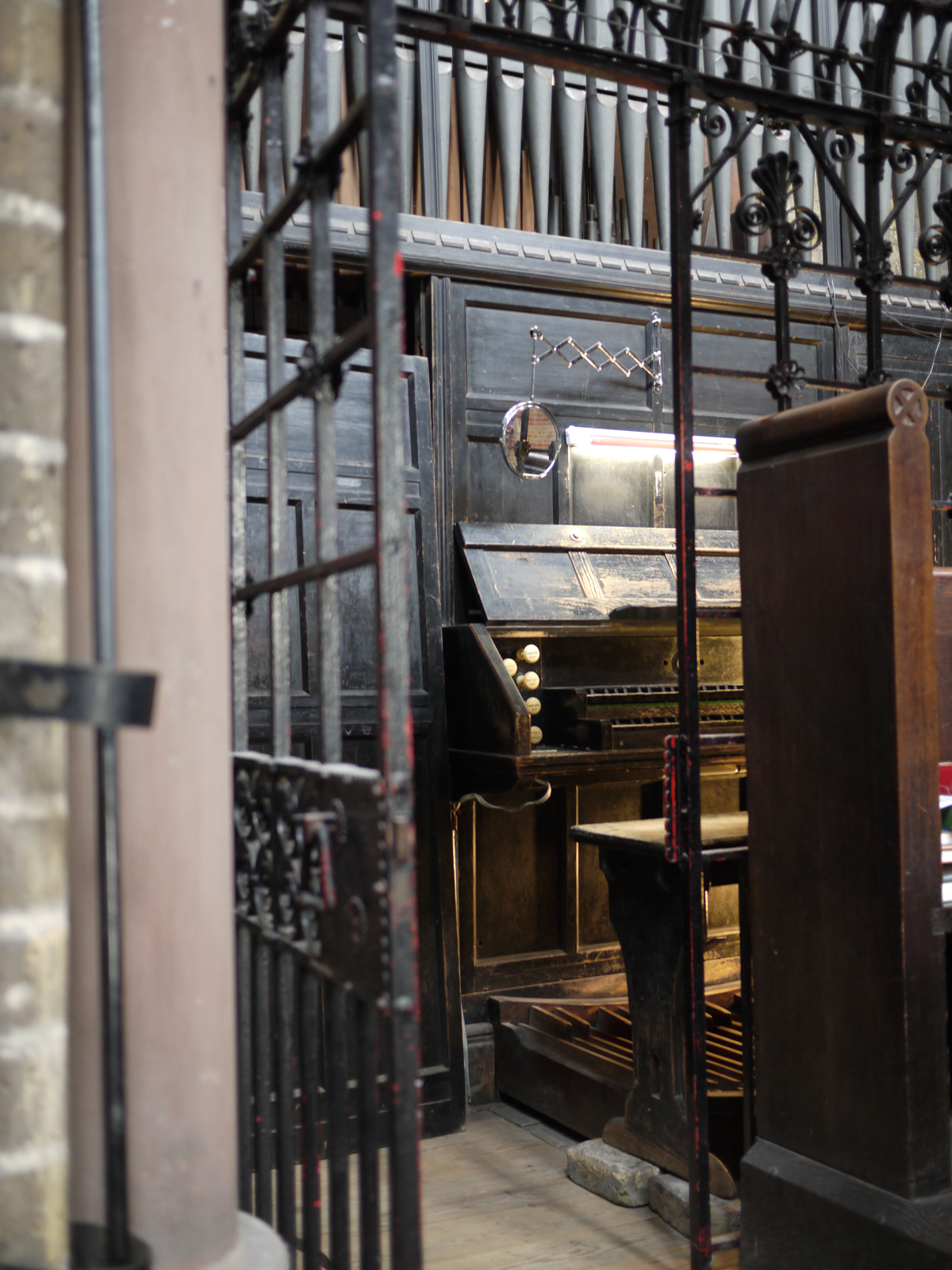 In the 18th century (and until 1859), Vauxhall Gardens was home to an outdoor organ so mighty that it could be heard throughout the 11-acre open-air pleasure resort, and no doubt beyond. 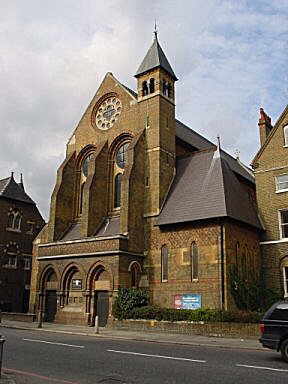 The organ could certainly have been heard at St Peter’s Church in Kennington Lane, had St Peter’s been there at the time, which it wasn’t. John Loughborough Pearson’s high Victorian Gothic church, consecrated in 1864, is built on part of the Vauxhall Gardens site, the resort itself having been sold for housing development five years before. There had also been a second, smaller organ in Vauxhall Gardens which was under cover in the Rotunda, which was the resort’s ‘if wet, indoors’ space.

Where the two Vauxhall Gardens organs went or whether they were just scrapped in 1859, nobody seems to know. However, there’s still a fine organ nearby, again indoors, at St Peter’s. It’s played at concerts and the annual music festival, and you can hear the St Peter’s organ any Sunday at the 11am service, as well as at Choral Evensong on the last Sunday of the month.

This organ is ‘a gem’, says Music Director Will Fraser, ‘made all the more fabulous by the superb acoustics of St Peter’s.’ The organ is also doubly a part of Vauxhall/Lambeth history because it was made by a Brixton firm, Lewis & Company (like the original Vauxhall Gardens, no longer with us). 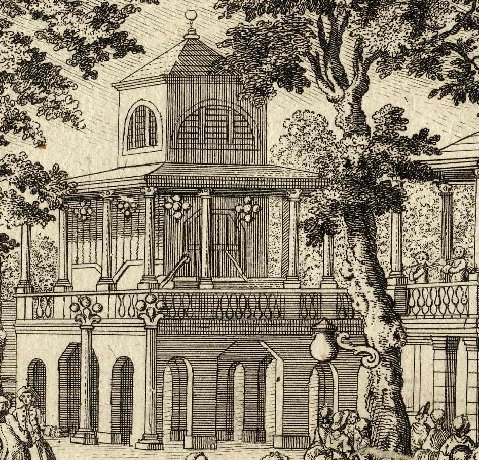 The 1737 Vauxhall Gardens outdoor organ, probably built by Richard Bridge, assisted by John Byfield Sr. The original organ was probably modified so as to fit the new orchestra in 1754, and may have been altered again later (most organs cannot be said to be original, because they have to be altered and renewed so much).  The organist is not visible in this pic, and that is probably because he was provided with what they call a ‘long movement’ keyboard, which would have been placed with the band in the Orchestra, and which could have been switched between organ and harpsichord mode. Picture: Courtesy David E. Coke.

Lewis is a classic brand and Lewises abound, for example at Westminster and Southwark Cathedrals, as well as overseas. Very few Lewises, however, remain as Lewis made them. Later, post-Lewis, overhauls did not always do the instruments justice. St Peter’s Vauxhall has one of the few ‘unspoilt’ Lewis organs, but after a century and half’s services, choral concerts and music festivals, it badly needs a major refit by a worthy successor to Lewis and Company. St Peter’s and Keyed Up, the church’s musical team, have started an appeal to raise the £100,000 or so this could cost. 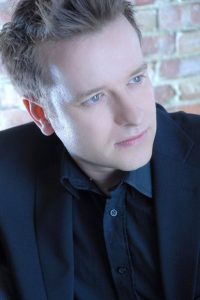 ‘It’s always a huge pleasure playing the truly beautiful Lewis organ in St Peter’s Vauxhall. Now that “she” (why are organs often referred to as females, I wonder?) is nearly 150 years old, there are many issues for the player to tackle, and we look forward enormously to her proposed restoration to her former glory.

‘Even despite the odd clatter and wheeze, it is still possible to hear the beauty and sheer quality of this extremely fine instrument: it’s all the more exciting, as so few of Lewis’ instruments exist in their original form.

‘I particularly recall a candlelight concert at St Peter’s that gave people from Vauxhall – and many who travelled from much farther afield – to experience the sounds for themselves in an atmospheric setting. It was a privilege to play for an audience of over a hundred, and quite awe-inspiring to think that I was performing Handel and John ‘organ’ Worgan, both organists, composers and musical directors of Vauxhall Gardens – literally just yards from where they played over 250 years ago.

The rich history of Vauxhall and the ravishing sounds of its Lewis certainly make for me the performer, and I hope the audience music that lingers long and happily in the memory. I wish the St Peter’s/Keyed Up Organ appeal well.’

If you would like to give money for the restoration of the organ, please contact the director of music, Will Fraser will@fuguestatefilms.co.uk. For more information visit the St Peter’s website.

Previous Post: « Victorian doodles and a David Coke-led walk back to the heyday of Vauxhall Gardens
Next Post: The Doulton fairytale tiles that survived Vauxhall’s Blitz »