Vauxhall has a long association with booze and boozing. There’s a story that time was called on Hardicanute, king of Denmark and of England when he died in 1042 while drinking at a wedding party around here. From 1812 the Beaufoy family counterfeited wines (legally) and brewed vinegar at what is now Regents Bridge Gardens. Beefeater Gin has been distilled locally since 1908. All-night drinking, and especially the ferocious house punch, was an attraction of Vauxhall Gardens, the open-air pleasure resort commercially operated between 1732 and 1859. Vauxhall Gardens became ‘The Royal Gardens, Vauxhall’ in 1822 by permission of a frequent visitor, the newly-crowned George IV. 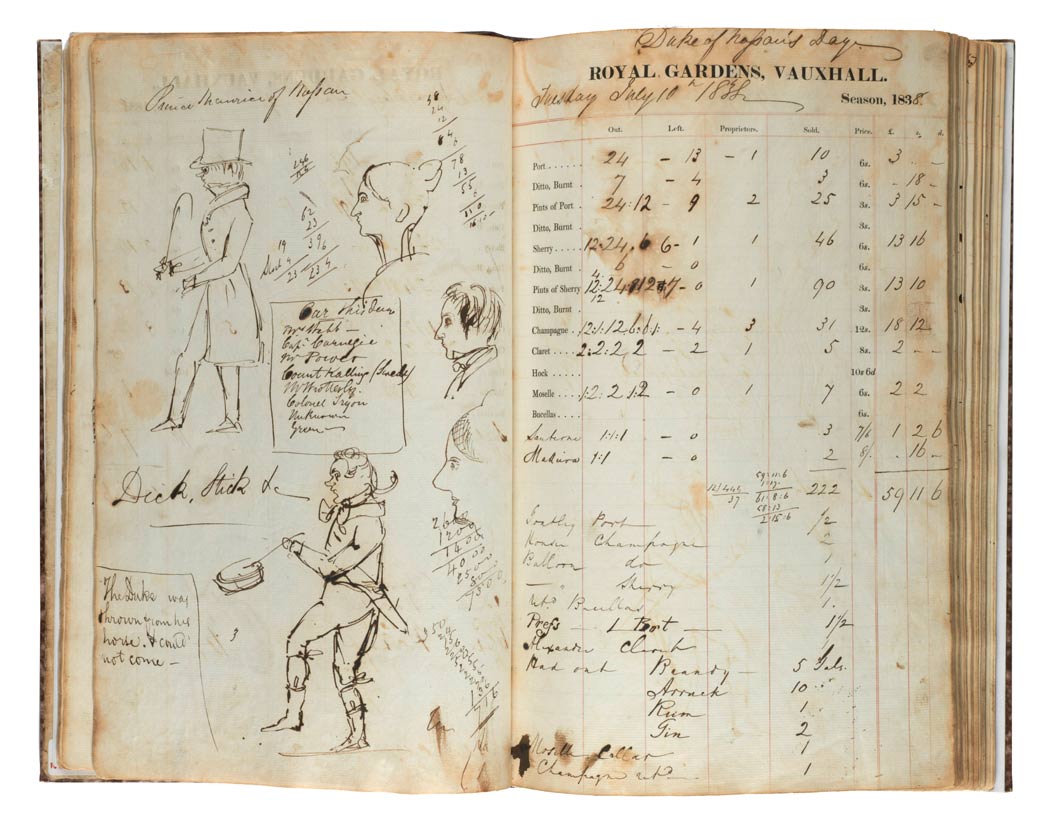 You can get a taste of the goings-on at ‘Royal’ Vauxhall Gardens in its declining years from one of the Vauxhall Gardens treasures in the Museum London. This is an otherwise dull ledger of wine sales in 1838–1839 which Museum of London librarian Sally Brookes says contains her favourite item in the collection. It’s a doodle of two young tipplers much the worse for wear. This and other ‘deeply personal jottings’ that caricature customers and staff transform the ledger ‘into something joyous’. 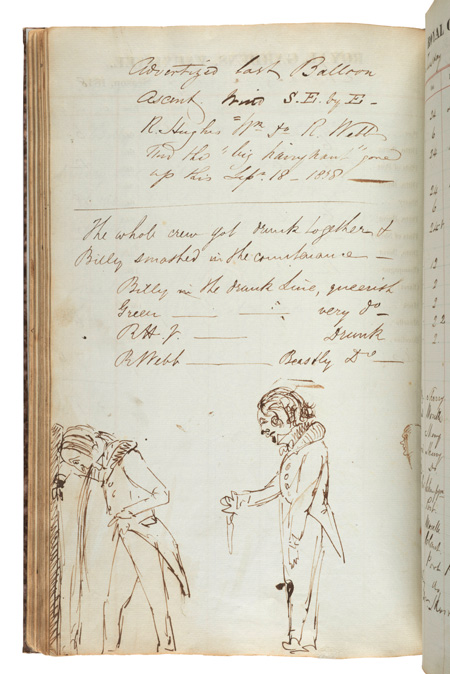 The doodles are not signed, but no under-strapper could have got away with such cheek. The ledger was donated by the family of Frederick Gye, a lessee and then co-owner of the Gardens (1821–1840). Sally Brookes thinks the doodler may have been Frederick Gye himself or, more likely, Frederick junior (1810–1878). Young Fred liked pictures: he bought paintings that had been on show in the 18th-century Gardens, and he worked there until 1840 – the year the Gye management was declared bankrupt. 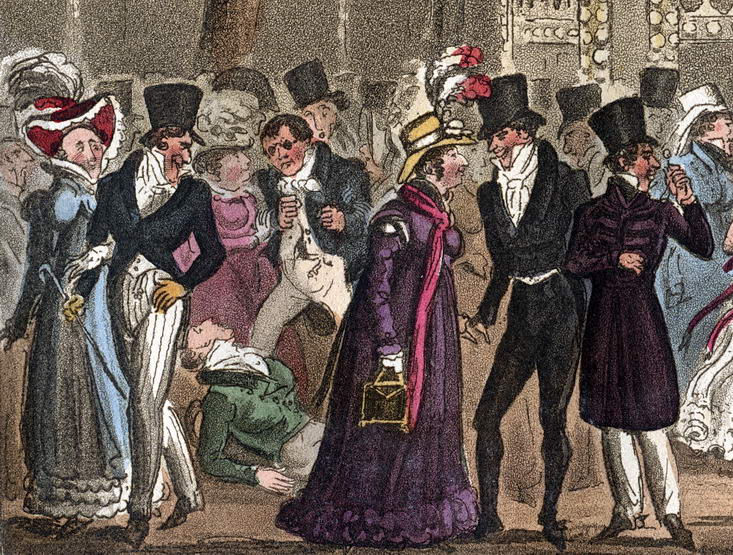 This booze-fuelled punch-up at Vauxhall Gardens is a detail from a George Cruikshank engraving, Tom, Jerry and Logic: making the most of an Evening at Vauxhall, in Pierce Egan’s 1821 Life in London. Tom and Jerry are the originals of the knockabout 20th century cat-and-mouse cartoon adversaries. (David Coke Collection).

David Coke, co-author with Alan Borg of Vauxhall Gardens: A History, will lead ‘The Heyday of Vauxhall Gardens’, a Vauxhall Society/vauxhallhistory.org guided walk, on Monday 22 May. The walk marks the traditional seasonal opening date of this world-famous open-air attraction.

Kick-off for this walk (an hour or so long) is 2.30pm sharp, so meet a bit earlier outside Starbucks, Vauxhall Station.

All welcome, contribution of £5 to The Friends of the Tate South Lambeth Library welcomed.

Previous Post: « Walcot Foundation: 350 years of helping ‘the Lambeth poor’
Next Post: The St Peter’s organ appeal: time to pull out all the stops? »