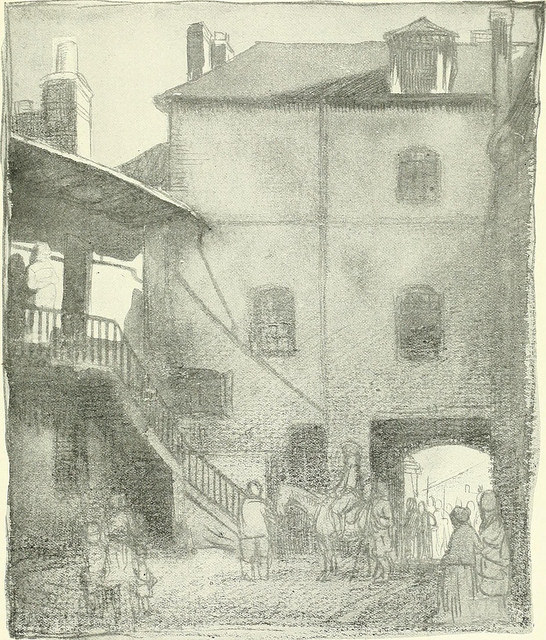 From The Slade; a collection of drawings and some pictures done by past and present students of the London Slade School of Art, 1907

Felix Joseph Slade, the son of a wealthy Surrey Landowner Robert Slade, was born in Lambeth on 6 August 1788. Felix, a rich bachelor, was a passionate collector and purchased many books, engravings and glass objects with which he adorned his home in Walcot Place (Kennington Road). When he died on 29 March 1868, four days after completing his will, he left the bulk of his art collection to the British Museum and endowed art professorships (known as Slade Professorships) at Oxford, Cambridge, and University College, London (UCL), which also benefited from bequest of six art scholarships. The Oxford and Cambridge professors have only to give lectures to a general audience but UCL set up the Slade School of Fine Art to teach the practical aspects of painting, sculpture, and the graphic arts.

The Slade School was opened in 1871 with Sir Edward Poynter as the first professor. He established the Slade tradition of emphasis on figure drawing. Students at the Slade have included Augustus and Gwen John, Wyndham Lewis, Paul Nash, Ben Nicholson and Stanley Spencer.

Slade’s date of birth is often given erroneously as 1790 (including, previously, by this website). Fabian Robertson, a descendant of Slade’s, has explained out the mistake may have come about:

“The error appears to have come about from the forward to his Catalogue of Glass published privately in 1869 and with colour plates in 1871. Woolaston Franks (a Keeper at the British Museum, keen glass collector, and chief executor of Felix’s will) wrote an introduction to that publication where he makes several errors.  Another error being that Franks says he just had one brother William.  In fact, Felix was the youngest of four boys.  William (died 1858), Edward Foxcroft (died 1809), and Robert Agnes (died an infant in 1787).  Presumably, as Franks knew Felix so well everyone thought that what he wrote about him was gospel!”