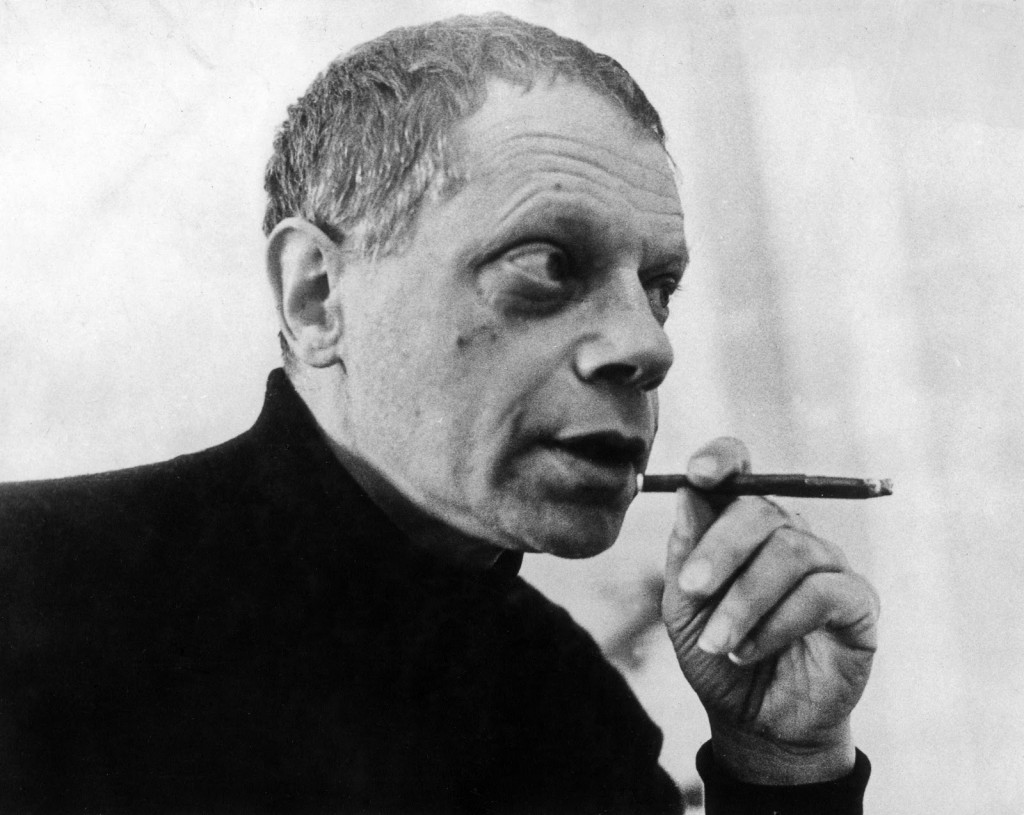 Peter Schmidt (1931–1980) was a painter, artist, teacher and composition and colour theorist. His work has been collected by the Tate, who have two of his prints, both called Flowing in the Right Direction. Five works are in the UK Government Art Collection.

With his student and later friend Brian Eno, Schmidt developed a process of using phrases and axioms to overcome artistic obstacles. They evolved into the Oblique Strategies – a set of cards with printed aphorisms on them. They were intended to help steer the minds of Schmidt and Eno, which tended to wander when under pressure, back to productive ways of thinking. Schmidt’s work was used in Eno’s LP covers such as Before and After Science and Tiger Mountain and Evening Star.

The Peter Schmidt blog has a photo of him at work in his studio in Stockwell (taken 1976). An article in Melody Maker mentions him being in Stockwell (he lived at 11 Stockwell Park Road).

Peter Schmidt web is devoted to preserving his memory and promoting his body of work, and is the best place to view his intriguing figurative, landscape and abstract work.

Schmidt died suddenly while on holiday in the Canaries.