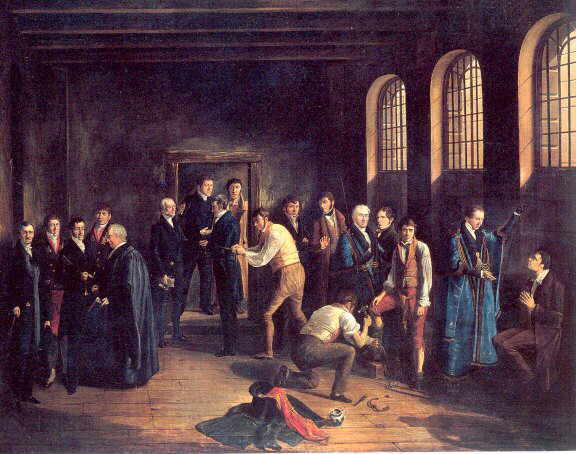 Henry Fauntleroy was born in 1785, the son of one of the founders of Marsh, Sibbald & Co. Bankers. In 1800 he joined his father’s firm as a clerk, and after seven years he was taken into the partnership. He soon took over day-to-day management of the bank but economic conditions in the early 1800s were difficult and the bank became hard pressed. Fauntleroy, who at one stage lived in South Lambeth Road, began forging signatures on securities belonging to his customers. After a while, he was forging documents to cover up his previous forgeries. Fauntleroy used his ill-gotten gains to live the high life, becoming notorious in social circles for his grand house, his many mistresses and lavish lifestyle.

In 1824, after Fauntleroy’s bank suspended payments, the Bank of England began investigating its affairs. Fauntleroy was arrested on a charge of appropriating trust funds by forging the trustees’ signatures, and was committed for trial. It was rumoured that he had appropriated £250,000. He was tried at the Old Bailey where he admitted his guilt but pleaded that he had used the misappropriated funds to pay his firm’s debts. However, he was found guilty and sentenced to be hanged. Despite two appeals, he was executed on the 30 November 1824.

Henry Fauntleroy’s case became notorious and an Italian named Angelini even offered to take his place on the scaffold. Following the hanging, there were rumours that he had escaped strangulation by inserting a silver tube in his throat and was living comfortably abroad.

Fauntleroy was the last person in England to hang for forgery.