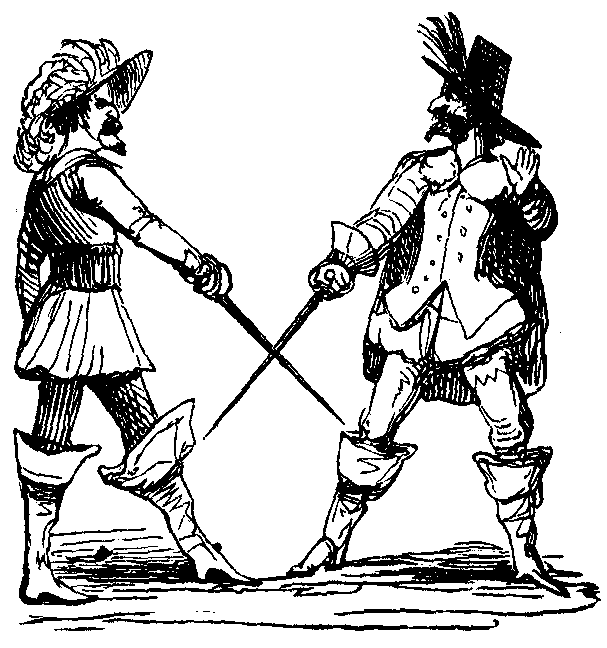 Illustration from Punch’s Theatre: The LIfe and Death of James Dawson. https://www.gutenberg.org/files/17216/17216-h/Punch09.html

South of Kennington Park where St Mark’s Church now stands is the site of the Surrey gallows (the whole area formed part of the County of Surrey until the formation of the London County Council). Those executed included some of the Jacobites following their trial in 1746. These unfortunates were then beheaded and disembowelled, and their heads put on poles in Temple Bar. In total 129 men and 12 women are known to have been executed at Kennington but there may well have been others. The first person recorded was Sarah Elston, who was burnt to death on 24 April 1678 for the murder of her husband. The last person executed was that of a forger, William Badger, on 5 August 1799.

The following is an extract from the six volume, History of Old and New London by Walter Thornbury published between 1872-8

Upon this spot is erected the gallows for the county of Surrey; but few have suffered here of late years. Such of the (Scottish) rebels as were tried by the Special Commission, in 1746, and ordered for execution, suffered at this place; amongst whom were those who commanded the regiment raised at Manchester for the use (service) of the Pretender. In fact, very many of those who had “been out” in the Scottish rising of the previous year here suffered the last penalty of the law. Among them were Sir John Wedderburn, John Hamilton, Andrew Wood, and Alexander Leith, and also two English gentlemen of good family, named Towneley and Fletcher, who had joined the standard of “Bonny Prince Charlie” at Manchester. Wood, it is said, bravely drank a glass to the “Pretender’s” health on the scaffold. Others engaged in the same cause also suffered here; among them Captain James (or, as he is still called, “Jemmy” ) Dawson, over whose body, as soon as the headsman’s axe had done its terrible work, a young lady, who was attached to him tenderly, threw herself in a swoon, and died literally of a broken heart.

The event forms the subject of one of Shenstone’s ballads:

Young Dawson was a gallant boy,
A brighter never trod the plain;
And well he loved one charming maid,
And dearly was he loved again. .
The dismal scene was o’er and past,
The lover’s mournful hearse retired;
The maid drew back her languid head,
And, sighing forth his name, expired.

Dawson and eight others were dragged on hurdles from the new gaol in Southwark to Kennington Common, and there hanged. After being suspended for three minutes from the gallows, their bodies were stripped naked and cut down, in order to undergo the operation of beheading and embowelling. Colonel Towneley was the first that was laid upon the block, but the executioner observing the body to retain some signs of life, he struck it violently on the breast, for the humane purpose of rendering it quite insensible for the remaining portion of the punishment. This not having the desired effect, he cut the unfortunate gentleman’s throat. The shocking ceremony of taking out the heart and throwing the bowels into the fire was then gone through, after which the head was separated from the body with a cleaver, and both were put into a coffin. The rest of the bodies were thus treated in succession; and on throwing the last heart into the fire, which was that of young Dawson, the executioner cried, “God save King George!” and the spectators responded with a shout. Although the rabble had hooted the unhappy gentlemen on the passage to and from their trials, it was remarked that at the execution their fate excited considerable pity, mingled with admiration of their courage. Two circumstances contributed to increase the public sympathy on this occasion, and caused it to be more generally expressed. The first was, the appearance at the place of execution of a youthful brother of one of the culprits, of the name of Deacon, himself a culprit, and under sentence of death for the same crime, but who had been permitted to attend the last scene of his brother’s life in a coach along with a guard. The other was the fact of a young and beautiful woman, to whom Dawson had been betrothed, actually attending to witness his execution, as stated above.

Most of the rebel lords, and of the others who had borne a share in the Scottish rising of 1745, and who were found guilty of treason, were executed on Tower Hill, as already stated. Their, heads, as well as the heads of those executed here, were afterwards set up on poles on the top of Temple Bar, where we have already seen them bleaching in the sun and rain. Here also was hung the notorious highwayman, “Jerry Abershaw;” his body being afterwards hung in chains on a gibbet on Wimbledon Common.

Dawson’s trial in A Complete Collection of State Trials and Proceedings for High Treason and Other Crimes and Misdemeanors: From the Earliest Period to the Year 1783, with Notes and Other Illustrations

Notable Kennington executions
1739 John Hanna, for perjury
July 1746 (30 July) Francis Townley, for his part in the Jacobite rebellion
November 1746 Sir John Wedderburn, 5th Baronet of Blackness, for his part in the Jacobite rebellion
12 April 1749 Richard Coleman, for a murder he did not commit (his innocence was fully established in 1751, when James Welsh and Thomas Jones confessed that they committed the crime)
6 September 1751 Mathias Keys, for highway robbery
6 September 1751 James Welch and Thomas Jones, for murder
19 April 1758 James White and Walter White (brothers) for robbery with violence
2 April 1759 Mary Edmondson, strongly protesting her innocence, of the murder of her aunt
8 August 1792 Joseph Lorrison (known among thieves as “Jumping Joe”) for highway robbery
3 August 1795 Lewis Jeremiah Avershaw, for shooting a Peace Offcer in the act of apprehending him

The Newgate Calendar lists famous criminals up to 1842.