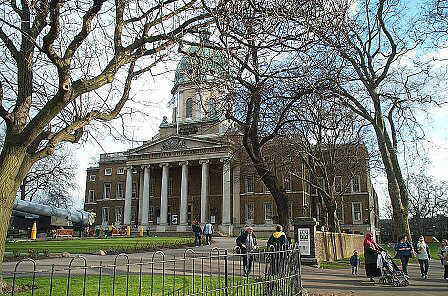 The Imperial War Museum was established by Act of Parliament in 1920 at Crystal Palace. From 1924 to 1935 it was housed in the former Imperial institute at South Kensington but moved to its present site in Lambeth Road in 1936. James Lewis designed the building back in 1815 as the Bethlem Royal Hospital.

The museum was closed during the Second World War due to bomb damage. The building was radically redeveloped by Arup Associates in the 1980s, with new galleries opening in 1989 to house large exhibits. Further development in the 1990s culminated in 2000 with the opening of the museum’s Holocaust exhibition, the first permanent display about the Holocaust in a British museum.