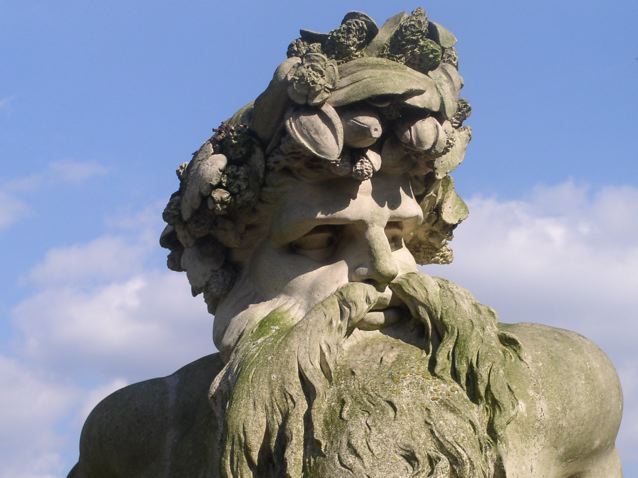 John Bacon (1740-1799) was a British Neoclassical sculptor who perfected certain sculpturing techniques. He was born in Southwark, the son of a cloth worker from Somerset.

In 1754, aged 14, he was apprenticed in a porcelain works at Lambeth, London. There he was at first employed in painting small ornamental pieces of china, but he soon became modeller to the works. During his apprenticeship he improved the method of working statues in artificial stone, notably in Coade stone, an art that he afterward carried to perfection. In 1758 a small figure of Peace sent by him to the Society for the Encouragement of Arts received a prize, and the highest premiums given by that society were adjudged to him nine times between the years 1763 and 1776.

Bacon first attempted working in marble in about 1763 and improved the method of transferring the form of the model to the marble by the invention of a more accurate instrument for the purpose. This instrument was more exact, took a correct measurement in every direction, was contained in a small compass, and could be used upon either the model or the marble.

In 1769 he won the first gold medal for sculpture given by the Royal Academy, his work being a bas-relief representing the escape of Aeneas from Troy. In 1770 he exhibited a figure of Mars, which gained him the gold medal of the Society of Arts and his election as associate of the Royal Academy. Some of his best works are found in Westminster Abbey. As a consequence of this success, he was engaged to execute a bust of King George III, intended for Christ Church, Oxford. He retained the king’s favour throughout his life, though he was commonly criticised for ignorance of classic style.

Bacon died on 4 August 1799 and was buried in Whitfield’s Tabernacle. After his death, Bacon’s practice was carried on by his son, also called John Bacon (1777–1859).