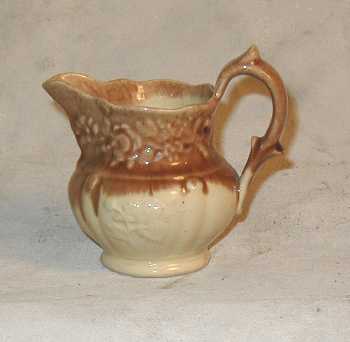 We don’t know exactly when pottery was first made on the banks of the Thames in Lambeth but the trade probably started in Roman times. The tradition most likely continued from then through the Middle Ages until Royal Doulton moved its headquarters and works from the area in the mid 20th century.

In 1570 two Antwerp potters, Jasper Andries and Jacob Janson, petitioned Elizabeth I to settle in Lambeth and commence trading. Janson, who anglicised his name to Johnson, is thought to be the first maker of tin enamelled earthenware pottery latter known as Lambeth Delftware. Elizabethan times also saw an influx of bottle-shaped pottery from the Rhineland Area of Gemany. This Cologne ware was strong, durable and clean compared to its English contemporaries.

In 1626 Charles I granted Thomas Rous (or Rius) and Abraham Cullys a patent to become ‘the sole making of the stone pottes, stone jugges and stone bottells for the terme of fourteen yeares’ . In 1671 a patent was granted to John Ariens van Hamme, a Dutchman, to produce tiles, porcelain and earthenware. He was one of several potters from Delft who settled along the Thames in Southwark, Lambeth and Vauxhall during the 17th and the first half of the 18th centuries.

The early Lambeth potters would have made porous domestic tableware, tiles, wine jars, and apothecaries (chemist) pots and jars. In the second half of the 18th century, the Lambeth potters lost out to Staffordshire potters, who developed a non-porous, cream-glazed earthenware more suitable for domestic tableware. In Lambeth a few potters continued making their salt-glazed stonewares (the glaze is formed by throwing common salt into the kiln at about 1,800F (1,000C) during the firing). 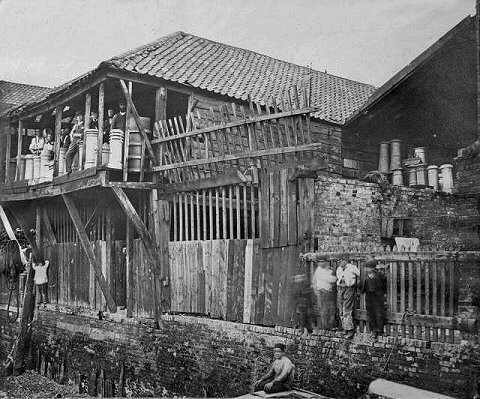 By the early 19th century, when John Doulton invested in a Vauxhall Walk pottery, there were several small potteries in Lambeth. Doulton joined forces with John Watts and the company was to become the famous Royal Doulton Company. After a slow but steady progress the company soon started taking business away from other local companies and expanded into new premises in Lambeth Walk in 1826 trading under the name of Doulton & Watts.