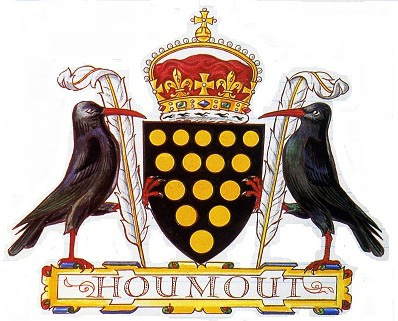 Duchy of Cornwall coat of arms

The Duchy of Cornwall estate dates back to 1337 when Edward III granted a Royal Charter to his oldest son, the Black Prince. This charter said that from then on the eldest surviving son of the monarch (and heir to the throne) would also be the Duke of Cornwall. The idea was to provide the heir apparent with an independent source of income to cover his public and private expenses. Should there be no Duke then the Duchy temporarily reverts to the monarch with the income going to the Exchequer.

The Duchy owns 126,000 acres (51,000 hectares) of land in 22 counties, roughly half of the land is on Dartmoor in Devon. Apart from farms and small holdings, the Duchy also owns residential properties, shops and offices as well as stocks and shares. The property portfolio includes Kennington Oval and 45 acres in Kennington itself. Following an 1863 Act of Parliament, the Duchy is run by the Prince’s Council, a non-executive board chaired by the Prince of Wales. Day to day matters are handled by a staff of about 80 (including valets and private secretaries) and is headed by the Secretary and Keeper of Records to the Duchy.