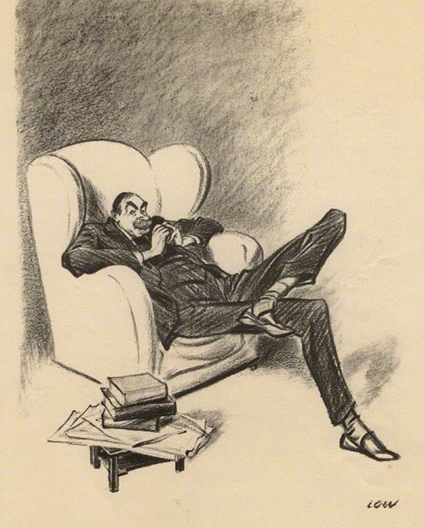 John Maynard Keynes, later Lord Keynes (1883–1946) has the distinction of having a branch of economics named after him. Keynes’ name is sometimes mentioned in another connection, that of his many, many sexual partners, the sculptor and painter Duncan Grant for example. Another partner is identified only (by Keynes himself) as the ‘Lift boy of Vauxhall’. Did the patrician Keynes pick up this ‘boy’ in Vauxhall? Unlikely, since even were a toff such as Keynes were likely to venture into pre-war Vauxhall, lifts were thin on – or off- the ground there until long after Keynes’ death. On the other hand, Vauxhall is handy for the hotels and offices of Westminster and the West End where there were many lifts and therefore lift-boys, some of whom could easily be from Vauxhall and one open to Keynes’ approaches. Between February 1909 and February 1910, Keynes has sixty-five encounters for casual (if nonetheless heated) sex with partners, many with working-class Londoners. A devoted compiler of lists, Keynes recorded his casual partners not by name (they might not have been on those terms) but by occupation, origin or wherever Keynes met them. Thus, ‘Lift boy of Vauxhall’ appears with ‘The Actor of Whitechapel’, ‘Sixteen year old under Etna’, ‘Jewboy’ and, seemingly a soubriquet, ‘Grand Duke Cyril of the Paris baths’. A Keynes biographer, Richard Davenport-Hines, doubts that this last pick-up was the Cyril who became senior Romanov claimant to the Russian throne after the 1917 massacre of the Czar and his family. Keynes had a much longer relationship with another South Londoner, Francis Arthur St George Nelson (‘Bubbles’), a seventeen-year-old Keynes met when Nelson posed as a model for Grant in 1909. Nelson, an actor, was from Deptford, the son of a clerk and insurance agent. He and Keynes continued to meet, and intermittently lived together until the outbreak of war in 1914. Early in the war, Keynes and Nelson themselves were picked up by a physician’s wife from Brighton. They repaired to a nearby hotel room where, too nervy to comply with the wish of the physician’s wife that he and Bubbles disport while she watched, Keynes took a stroll. He returned with ‘a young man from Ealing’, and there followed a four-in-a bed frolic so convoluted that it’s best read about in Davenport-Hines (pp. 214-226). Keynes met the young man from Ealing outside the Lyons Corner House cafe in Coventry Street, a celebrated pick-up point. Indeed, here or somewhere similar may have been where the economist picked up that ‘Lift boy of Vauxhall’.

Previous Post: « Oval brick a brac? The Richardsons of Vauxhall and Brunswick Wharf
Next Post: “Our quest does not appear to take us to very fashionable regions”: Sherlock Holmes and Lambeth »