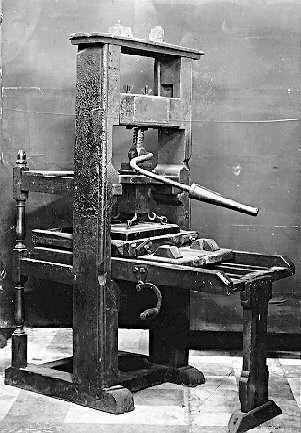 On leaving school William Clowes (1779-1847) was apprenticed to a printer at Chichester. Early in 1802, after serving seven years apprenticeship, he moved to London to seek employment as a journeyman printer. He found a job but on 21 October 1803 he set up on his own at 20 Villiers Street (off The Strand). (Charles Dickens started his working life as a blacking boy at Clowes – his experiences are recorded in Oliver Twist.)

Clowes concentrated on jobs with large print runs, such as travel books, biographies, histories, and official reports. Business flourished and in 1823 he expanded to Northumberland Court and employed up to 20 staff to print and bind his books. In 1824 Clowes installed the first Applegarth and Cooper* steam press. The speed of this press enabled mass production of books at a price within the reach of the working-classes. The drawback was that the steam press was noisy and produced a lot of smoke and in 1825, following a legal dispute with his landlord the firm moved to Duke Street (off Stamford Street), Lambeth.

The new site had belonged to Applegarth and Cowper, who had made the printing equipment. The new premises were, for its time, the largest printing works in the world and proved a good move for William Clowes and Sons, whose business continued to grow. At one stage the company was turning out 725,000 printed sheets (equivalent to 30,000 books) a week. By the mid 1800s the firm employed about 600 people using 23 hand and 5 hydraulic presses.

In 1847 William and George took over from their father, but in 1848 a publisher went bankrupt owing the company £40,000. This nearly brought the company down but by 1851 it had secured the contract to produce half a million catalogues for the Great Exhibition. 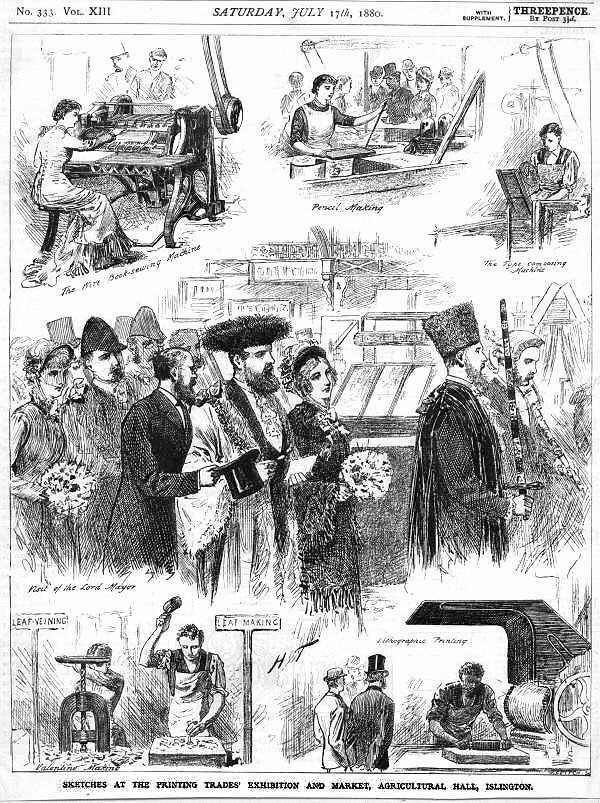 During 1873, two of the younger Clowes went into partnership with William Moore, of the Caxton Press, Suffolk, but Moore ran off with the company funds. However, Clowes and Clowes prospered and in 1876 was valued at £20,000 with 15 powerful presses. In 1880 it amalgamated with the London company to form William Clowes Limited. The firm led the field in the development of monotype composition.

The premises at Duke Street were destroyed during the Blitz in 1941 and production, especially of journals, for the remaining war years was greatly reduced. In the year following the war, the company needed investment and it was decided to join forces with the family firm of McCorquodale and Company which already had associations with Blades, East and Blades and Charles Skipper and East.

Though they did not run the most innovative of companies, the owners did have a caring attitude to their staff. When new machines or techniques were introduced they kept on workers when they could. They also set up a sick pay fund and a pension scheme and some almshouses, and helped to found the London School of Printing.