Rosemary Brown (née Dickeson), spiritualist and musical medium, was born on 27 July 1916 in Stockwell and died on 16 November 2001.

Despite having no appropriate musical education, Rosemary, a middle-class housewife, wrote a thousand classical works, claiming that they were dictated by famous dead composers such as Bach, Beethoven, Schubert, Brahms, Chopin, Debussy, Grieg, Rachmaninoff, Schumann and Liszt. 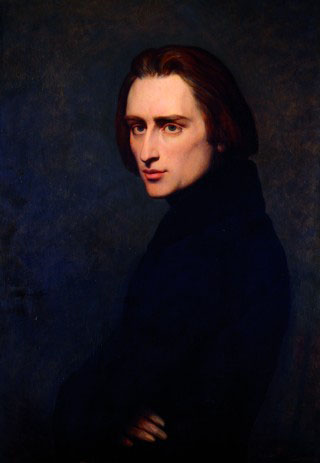 They were quite convincing, even down to the handwriting. Some of the top names in classical music gave their opinions: British composer Richard Rodney Bennett seemed entirely convinced, according to the New York Times, who quoted him as saying: “If she is a fake, she is a brilliant one, and must have had years of training” (Time magazine). Andre Previn (then of the LSO) said, effectively, if genuine the compositions were best left on the shelf. Peter Katin, a leading interpreter of Chopin, was so impressed he recorded many of the piano works.

Among the experiences Rosemary Brown described were shopping with Liszt and watching TV with Chopin. She made several appearances on the BBC – where she was tested on air by being sat at a piano (she felt the resulting composition was too difficult for her to play so a pianist was called in and was suitably impressed) and on The Tonight Show with Johnny Carson.

Two recordings, containing a number of impressive pieces, were issued on Philips and Intercord in the 1970s.
Rosemary’s autobiography Unfinished Symphonies: Voices from Beyond, Souvenir Press, London 1971) is available on Amazon.