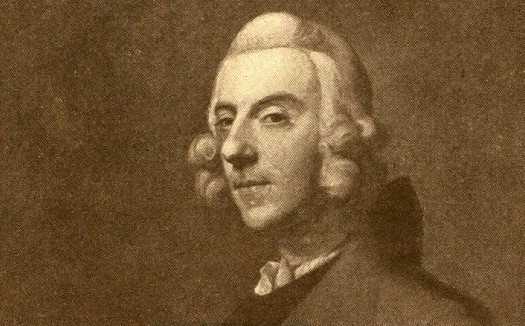 James BOSWELL
1740-1795
Writer
Boswell commented, ‘Vauxhall Gardens is peculiarly adapted to the taste of the English nation; there being a mixture of curious show, – gay exhibition, musick, vocal and instrumental, not too refined for the general ear; – for all which only a shilling is paid [this was raised to two shillings in 1792 after ‘more expensive decorations’ had been introduced] .And, though last, not least, good eating and drinking for those who wish to purchase that regale.’

Samuel PEPYS
1633-1703
Diarist and naval administrator
Pepys often visited the gardens and on 28 May 1667 described it thus: ‘A great deal of company and the weather and garden pleasant. ..It is very cheap going thither, for a man may go to spend what he will, or nothing, all is one – but to hear the nightingales and other birds, and here fiddles and there a harp, and here a jews trump, and here laughing, and there fine people walking, is mighty divertising. Among others, there were two pretty women alone, that walked a great while; which [being] discovered by some idle gentlemen, they would needs take them up; but to see the poor ladies, how they were put to it to run from them, and they after them; and sometimes the ladies put themselfs along with other company, then the others drew back; at last, the ladies did get off out of the house and took boat and away.’ On 27 July 1668 Pepys observed: ‘How rude some of the young gallants of the town are become, to go into people’s arbors where there are not men, and almost force the women – which troubled me, to see the confidence of the vice of the age: and so we away by water, with much pleasure home.’

Wolfgang Amadeus MOZART
Mozart never performed at Vauxhall Gardens (a common error). He did perform once, on 29 June 1764 with his sister Nannerl, at Ranelagh Gardens, in a fund-raising concert for the Lying-in Hospital. Mozart’s father Leopold did not think Vauxhall was respectable enough for his children, even though he went there himself and loved it.