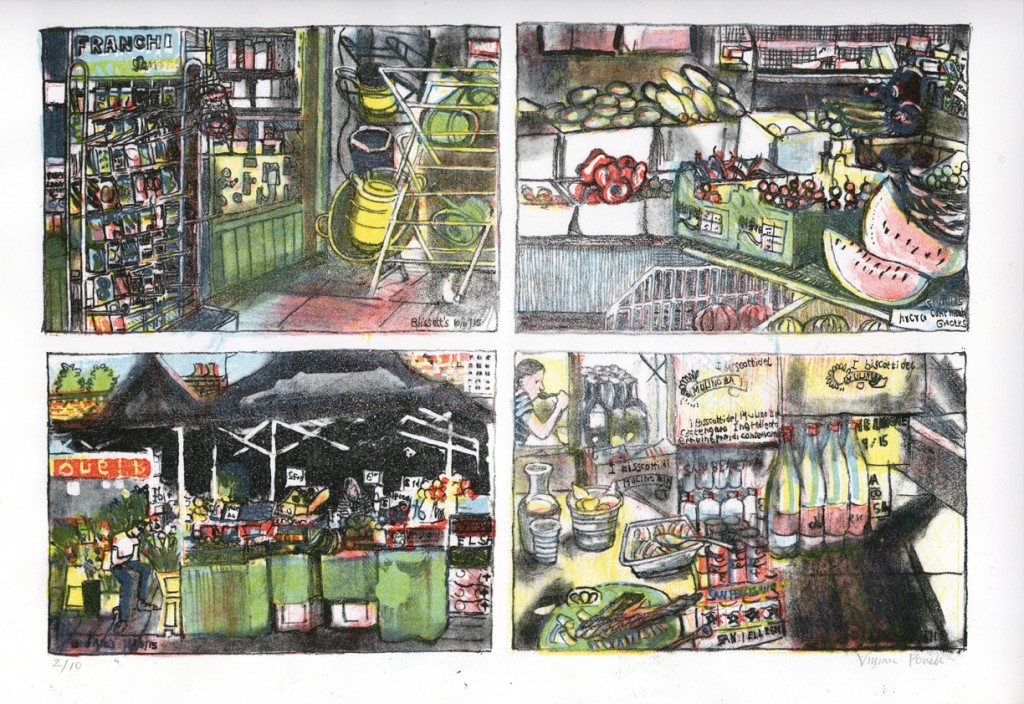 “I work principally in stone lithography, water colour and etching, and have done drawings in many places and in surroundings as contrasting as market-places and an operating theatre. In recent years, however, I’ve been working more locally to where I live in Stockwell and I’ve come to realise how important small shops, cafes and even flower stalls are to our community. That explains why I’ve named one of my stone lithographs after such places ‘Four Lifelines in South London’. I think of small shops, cafes and, yes, a friendly  local builder’s supplies store as ‘lifelines’ because people – all sorts of people – can meet, talk or just look and listen, feel unthreatened, and at home. It’s almost villagy. I want to support and record such ‘important places’, such havens, before the threat of remorseless development further engulfs and changes the individual and quirky character of this part of London forever. It’s not all bad news. What I feel heartened by is the way small family businesses manage to hang in there. Well, here and here. Support your local “lifeline” and object and object again when it is threatened. We have to show developers – Transport for London, for example (which we the public own) – that London – our part anyway – is not just about greed.”

Lunch and TV at Di Lieto 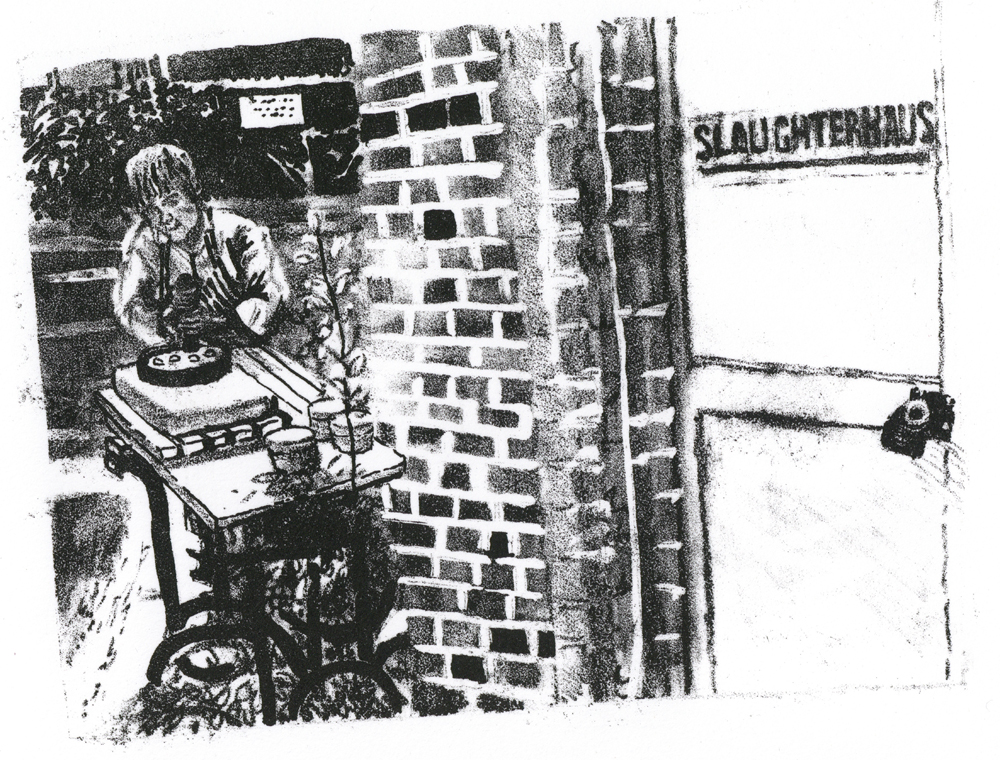 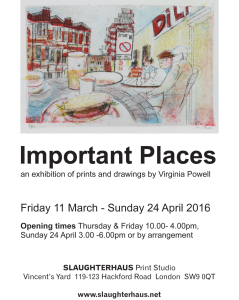 Virginia will be co-presenting an introductory course in stone lithography, the medium in which much of her work is done, and will make direct reference to her works which will still be on show during the course. This is quite a unique opportunity for anyone who is interested in finding out more about Virginia’s work and the techniques or lithography which she employs to produce her art. The course will be held on 23 April 2016 and Michelle Avison, the founder of Slaughterhaus, will also be teaching on the day.

Previous Post: « Handel at Vauxhall
Next Post: Talk: On the Wings of Love? Fugitive marriages in the Georgian era »