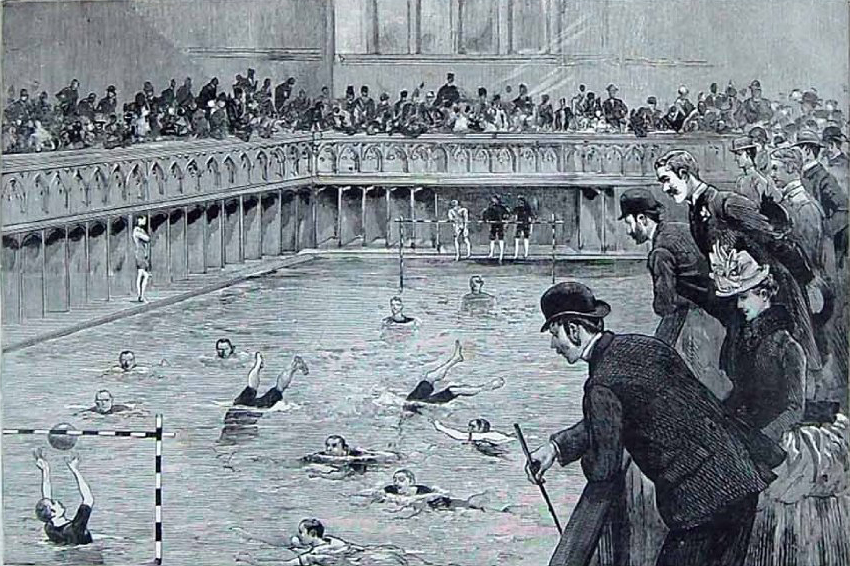 Crown Baths, Kennington, from The Graphic

The Crown Baths, Kennington Oval, was a speculative 19th-century enterprise, a private swimming pool that was well patronised in the days before the introduction of municipal baths. The pools were heated by waste steam from the beam engine of the Crown Works builders yard. The first Inter-Varsity water polo match was held on Friday 23 October 1891 at the Crown Baths. The winners were Oxford, with 4 goals to Cambridge’s 1. The location was chosen because of a lack of suitable covered pools in the university towns.

It is not clear if the water polo competitors had to pay the 6d (2.5p) entrance fee to use the swimming baths or took advantage of the Hot or Cold private baths at the additional cost of 6d (2.5p). The owners also discriminated against women in a way that would be illegal today, charging them 9d to use the pool. (Price taken from Dickens’s Dictionary of London 1879).