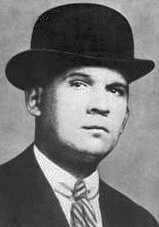 On 17 July 1942 a workman who was helping to demolish the badly bomb-damaged Vauxhall Baptist Chapel in Vauxhall Road, Kennington (now Kennington Lane), prised up a stone slab and found beneath it a mummified body. The immediate assumption was that the remains were either of an air raid victim or had come from the old burial ground underneath the church, which had ceased to be used some 50 years before. When the church had been bombed on 15 October 1940 more than a hundred people had been killed in the conflagration and the area around the chapel had been the target of a number of Luftwaffe raids between that time and March of 1941. Nor was it the first body that the workers had come upon while demolishing the chapel. Nevertheless, routine was followed, and the police were called in, arriving in the persons of Detective Inspectors Hatton and Keeling, the bones being removed to Southwark Mortuary for examination by pathologist Dr Keith Simpson.

Simpson immediately suspected foul play. In trying to raise the bones, the skull had become detached and Simpson realized that the head had already been cut from the body. In addition to this, the limbs had been severed at the elbows and knees, flesh had been removed from the face, the lower jaw was missing and the bones were partially burnt. An obvious attempt had been made to disguise the identity of the corpse. Dr Simpson obtained the permission of the coroner to take the remains back to his laboratory at Guy’s Hospital for a more detailed inspection. Returning to the crypt of the church in a vain attempt to find the missing limbs, Simpson noticed a yellowish deposit in the earth, subsequently analysed as slaked lime. This had been used to suppress the smell of putrefaction, but it also had the effect of preventing maggots from destroying the body. Examining the throat and voice box, Simpson detected a blood clot, strongly indicating death due to strangulation. The next task was to discover the identity of the victim. The body was that of a woman aged between 40 and 50, with dark greying hair, was five feet one inch tall, and had suffered from a fibroid tumour. Time of death was estimated at between 12 and 15 months prior to discovery.

Meanwhile the police had been checking the lists of missing persons, and noted that 15 months previously Mrs Rachel Dobkin, estranged wife of Harry Dobkin, the fire watcher at the firm of solicitors next door to the Baptist Chapel at 302 Vauxhall Road, had disappeared. An interview with her sister elicited the information that she was about the right age, with dark greying hair, was about five feet one tall, and had a fibroid tumour. She also gave police the name of Mrs Dobkin’s dentist, Barnett Kopkin of Stoke Newington, who kept meticulous records and was able to describe exactly the residual roots and fillings in her mouth. They matched the upper jaw of the skull.

Finally, Miss Mary Newman, the head of the Photography Department at Guy’s, superimposed a photograph of the skull on to a photograph of Rachel Dobkin, a technique first used six years earlier in the Buck Ruxton case. The fit was uncanny. The bones found in the crypt were the mortal remains of Mrs Rachel Dobkin.

Rachel Dubinski had married Harry Dobkin in September 1920, through the traditional Jewish custom of a marriage broker. Within three days they had separated, but nine months later a baby boy was born. In 1923 Mrs Dobkin obtained a maintenance order obliging her husband to pay for the upkeep of their child. Dobkin was always an erratic payer, and over the years had been imprisoned several times for defaulting. In addition, Mrs Dobkin had unsuccessfully summonsed him four times for assault. 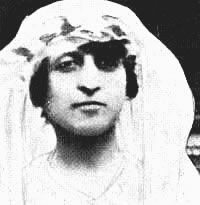 On Good Friday, 11 April 1941, Dobkin and his wife had met in a cafe in Kingsland Road, Shoreditch, near to where he lived in Navarino Road, Dalston, E8. They left at 6.30pm and she was never seen alive again, though he claimed that she had boarded a No. 22 bus to visit her mother. Next day Rachel’s sister reported her missing to the police, implicating Harry Dobkin in the process. Because of the priorities of war, Dobkin was not interviewed about the disappearance until 6 April. On the night of the 14th a small fire had broken out in the ruined cellar of the Baptist Church. This was peculiar, because there had been no air raids and the blaze was only noticed at 3.23am by a passing policeman. When the fire brigade arrived Harry Dobkin was there, pretending to put it out. He told the constable that the fire had started at 1.30am and that he hadn’t bothered to inform the authorities because there was little danger of the fire spreading. There was a serious air raid on the next night, so the incident was quickly forgotten. Dobkin was interviewed twice more about his wife’s disappearance and a description and photograph were circulated by the police but no further action was taken.

On 26 August 1942, Dobkin was interviewed for the first time by Chief Inspector Hatton, and escorted to the church cellar, where he vehemently denied any involvement in his wife’s death. He was then arrested for her murder.

The trial of Harry Dobkin opened at the Old Bailey on 17 November 1942, with Mr Justice Wrottesley presiding and Mr L.A. Byrne prosecuting. Dobkin’s counsel, Mr F.H. Lawton, spent most of his efforts trying vainly to challenge the identification evidence. The prisoner’s appearance in the witness box left the jury unimpressed, and it took them only 20 minutes to arrive at a verdict of guilty.

Before his execution Dobkin confessed to his wife’s murder, claiming that she was always pestering him for money and he wanted to be rid of her for good. On 7 January 1943, Harry Dobkin was hanged behind the walls of Wandsworth Prison.

Text source is believed to be adapted from The Murder Club Guide to London, edited by Brian Lane 1988