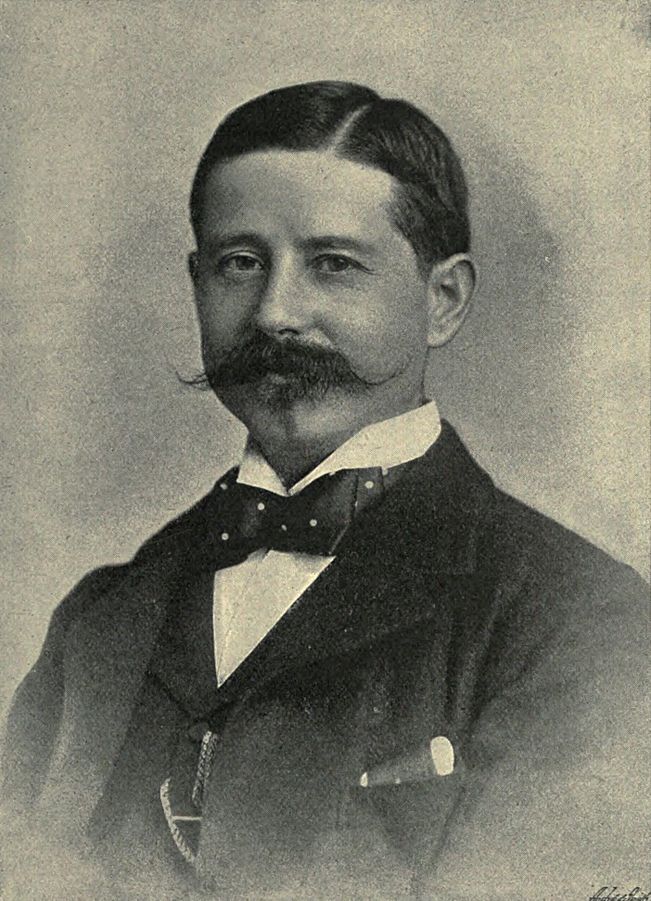 Johnston was born at 4 Newington Terrace, Kennington and attended Stockwell Grammar School before going to study art at the Royal Academy for four years. Starting at age eighteen he travelled in Europe and North Africa studying painting, architecture and languages. During 1879-80 he visited the then little known Tunisian interior. He was also interested in zoology and comparative anatomy and contributed work for the Royal College of Surgeons. He made two botanical expeditions to Angola and the Congo River region during 1882-1883 and in 1884 to Kilimanjaro where he strengthened British interests in East Africa in addition to his scientific work. He was only 5 foot tall, weighed about 100lbs and had a squeaky voice but apart from his artistic talents he was a natural linguist speaking Arabic, Italian, Spanish, French, Portuguese and 30 different African languages (to varying levels).

In 1885 he joined the British consular service and in 1889 he set up the British Central African Protectorate and was the first British commissioner to the Nyasaland Protectorate (present-day Malawi) from 1891 till 1895 and was the Ugandan consul-general from 1899 to 1901. He served in many parts of Africa (Cameroon, Nigeria, Liberia, Mozambique, Nyasaland, Tunisia, Zanzibar and Uganda) all the while carrying on his scientific work as a hobby. He made the first sound recordings in Africa using an Edison cylinder recorder and documented more than 100 birds, reptiles, mammals and insects including the okapi (all of which have the suffix johnstoni).

His conscience would not let him support the Cecil Rhodes land grab policies in Nyasaland and Northern Rhodesia. The vindictive Rhodes had powerful friends in the Colonial Office who forced through a significant reduction in Johnston’s pension from a promised £1450pa to just £155pa. 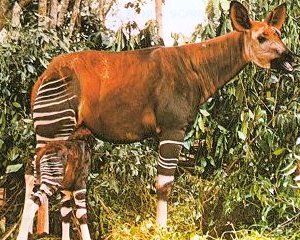 The Okapia johnstoni is a ruminant (cud-chewing) mammal, a member of the giraffe family and is found near rivers in the tropical rainforests of central Africa. Purplish brown with a creamy face and black and white stripes on the legs and hind quarters, it is excellently camouflaged. The male has a pair of short, hairy horns which point backward and are covered with hair.

Little is known about its reproduction cycle, gestation is thought to be about 440 days with the (single) birth timed for August through to October. Excluding tail it is about about 6.5 feet long, shoulder height about 5.5 feet, and a adult can weigh in at up to 500 pounds. The okapi eats leaves, fruit, and seeds using a 14inch long prehensile tongue, which can reach its ears to clean them.

Mainly nocturnal it travels alone or in pairs in the dense parts of the forest. Its chief enemies are leopards and human beings. The okapi has keen hearing and flees when disturbed. Okapis have remained virtually unchanged for millions of years, though now only 10,000-20,000 are thought to survive.