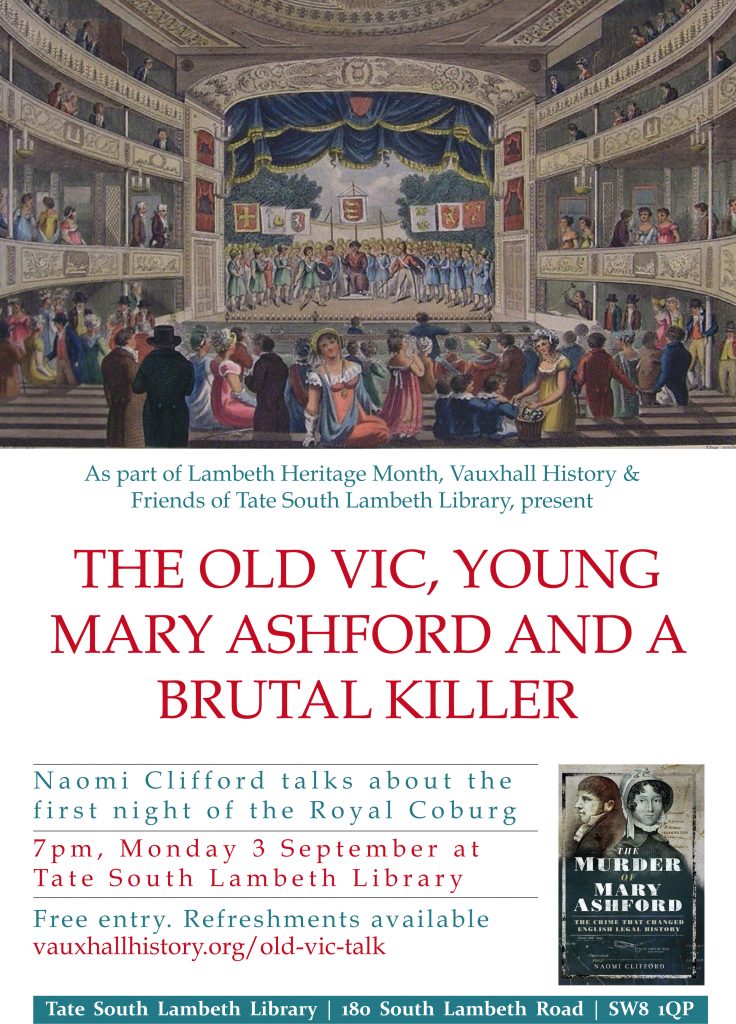 As part of Lambeth Heritage Month, vauxhallhistory.org co-editor Naomi Clifford will be giving a talk on the subject of the opening night of the Royal Coburg Theatre (now known as the Old Vic).

It’s a story that takes the audience far and wide: from the Surrey side of the Thames to a field in a village outside Birmingham, the scene of a notorious murder; from Westminster Hall to Baltimore, from 1818 back through the centuries to medieval times. It includes rape and murder, an evil Count, bankruptcy, ballet and near riot.

The project to build a new theatre near the southern end of Waterloo Bridge had been difficult, not helped by a lack of investment (the labourers eventually walked off the job), the death of Princess Charlotte, one of the patrons, and the south bank’s reputation for crime. What happened on 11 May 1818 the Royal Coburg Theatre (later known as the Old Vic) finally opened its doors?

Note: This is a change to the published event.