More people, especially school students, now visit the Great War battleground-cemeteries of the French/Belgian border country than at any time since the Armistice a century ago. Many of these youngsters are older than some of the ‘men’ who fought and sometimes died there (write Naomi Clifford and Ross Davies).

One of the lucky ‘men’ was Sidney Edward Lewis, a Tooting boy who was 12 when he volunteered for Army service in August 1915. Sidney, the youngest authenticated British soldier of the Great War, crops up in the Summer 2018 newsletter of The Society of Friends of The National Army Museum (the recently-revamped NAM is just across the river from Vauxhall in Chelsea). Sidney was the youngest of the three sons of Edward, an ‘Asylum Attendant’, and Fanny Lewis and grew up in Tooting at 53 Defoe Road, now 953 Garratt Lane, where there is a Lambeth Council plaque to honour him.

War broke out in August 1914 and in the August of the following year Sidney ran away to volunteer for the East Surrey Regiment at Kingston. He lied about his age, being six years under the minimum for military service, seven for service overseas. Tall and heavily-built, Sidney had not yet attained his full height of 6ft 2 ins but was seemingly well over the Army’s minimum height requirement of 5 ft 3ins. Nobody asked for a birth certificate in those days as few people had one (although Sidney did). 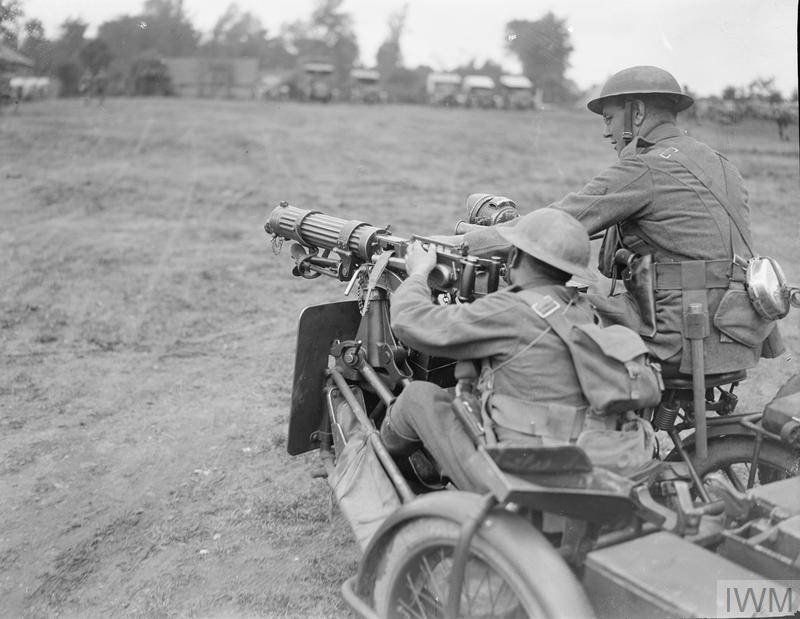 Sidney was assigned to the Machine Gun Corps and in the ensuing year fought in the Battle of the Somme, the opening assault by British infantry taking place on 1 July 1916. He certainly took part in the ensuing battle for Delville Wood, which dragged on from 15 July to 3 September.

It is said that one of Sidney’s comrades had contacted the Lewises to tell them where he was, so while Delville Wood was still raging, his mother Fanny sent young Sidney’s birth certificate to the War Office. With a birth certificate to brandish, Fanny could prove her point and Sidney was soon on his way home and out of khaki. 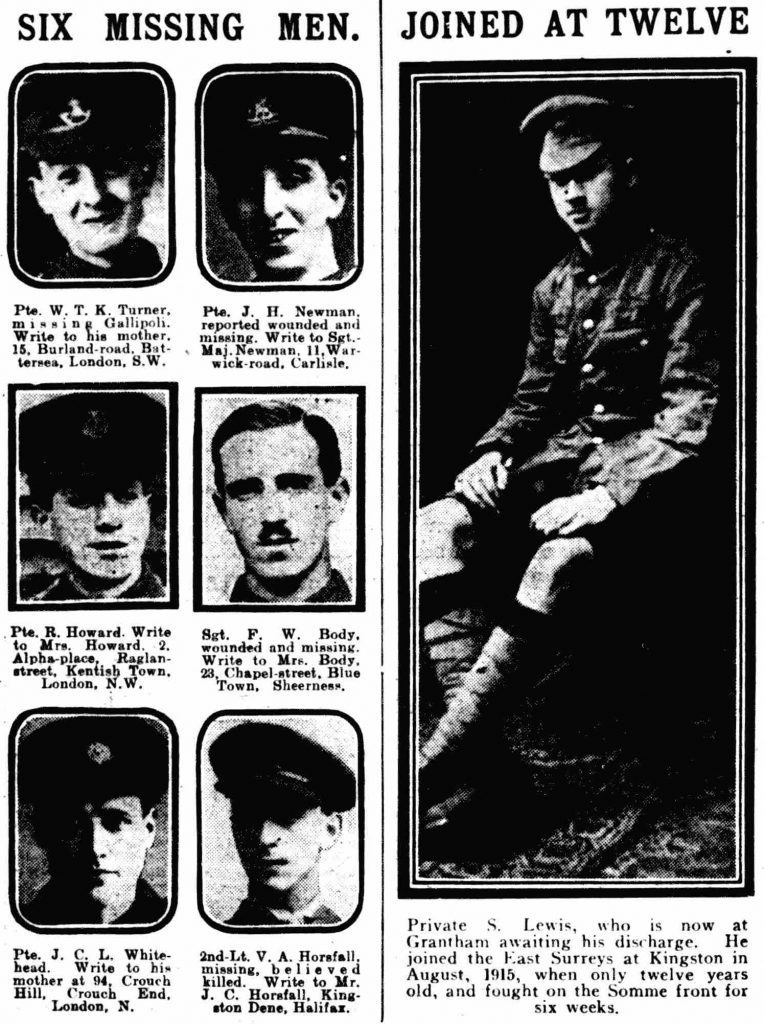 The Daily Mirror of 18 September 1916 featured Sidney Lewis. The caption reads “Private S. Lewis, who is now at Grantham awaiting his discharge. He joined the East Surreys at Kingston in August, 1915, when only twelve years old, and fought on the Somme for six weeks.”

Sidney re-enlisted, and at the war’s end was back in uniform, and still under age, still a machine-gunner, this time with the Guards Machine Gun Regiment in the Army of Occupation in Austria. Sidney later became a police officer and during WW2 served with a bomb disposal unit. He died in 1969, the landlord of a pub in Frant, East Sussex.

More on Sidney Lewis at Lives of the First World War.

How was it that 250,000 under-age British soldiers were recruited to fight in the Great War?

Previous Post: « ‘Balloonomania’ and England’s first lady of flight
Next Post: Talk: Mon 3 Sep. The Opening Night of the Old Vic and the Murder of Mary Ashford »