There is the story of Arthur Rackham, illustrator of so many children’s classics, The Wind in the Willows for instance. Rackham was born on the South Lambeth Road, almost next door to the library in 1867.

The Rackham house stood opposite the long-abandoned and overgrown house, grounds and former nursery garden of former royal gardeners the Tradescant family. Did the gnarled and spindly trees young Arthur saw then later inspire the illustrator’s characteristic tanglewoods?

In the 1880s The Tradescant and Rackham houses were demolished to make way for a wider, straighter South Lambeth Road. The Rackhams moved to Albert Square (plaque at No 27), and attended the Methodist Chapel in Claylands Road, now occupied by the architects Rolfe Judd… 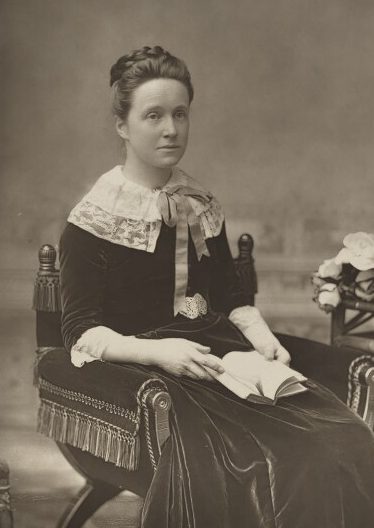 This is just on one of the many South Lambeth Road stories. Another is that of Millicent Fawcettt, leader of the non-violent ‘votes for women’ campaign. This year, Fawcett is to become the first woman to be commemorated by a statue in Parliament Square.

One South Lambeth Road story that would appal Arthur Rackham and Millicent Fawcett: Lambeth councillors’ threat to close the library, which the staff and Friends of the Tate South Library have transformed into a vital education, personal development and community-cohesion resource.

Previous Post: « The 1836 ‘Royal Vauxhall Balloon’ ascent that set an eight-decade world distance record for manned flight
Next Post: Kennington, 1795: a highwayman’s dance of death on the gallows »