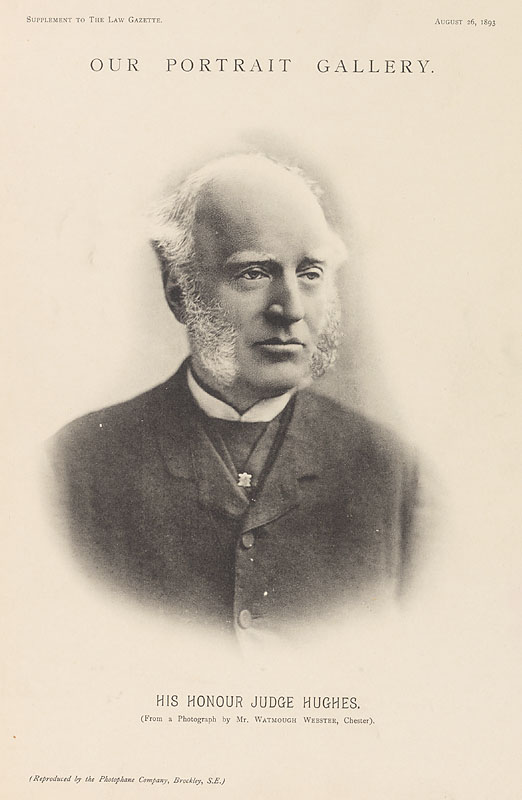 Thomas Hughes, who was elected as the Liberal Member of Parliament for Lambeth in 1865, was the author of children’s books including Tom Brown’s Schooldays (1857).

Hughes was educated at Rugby and Oriel College, Oxford. He was called to the bar in 1848 and became a judge at Chester in 1882. He was a Christian Socialist who helped found the Working Men’s College in London in 1854 and later was its principal (1872-1883). Tom Brown’s Schooldays is a fictionalised account of Rugby under the headmastership of Thomas Arnold. In 1870 Hughes went to the United States for the first time, and in 1875 tried to found a model community in Tennessee called Rugby but this was unsuccessful and he soon withdrew from the project.