The following article appeared in The Vauxhall Society Newsletter of July 1981. 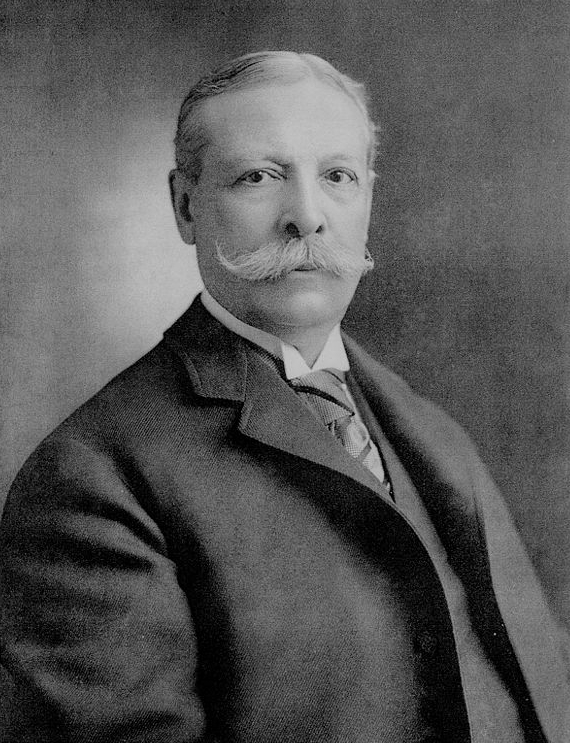 To the casual traveller, the underground station at Lambeth North is pretty unprepossessing. With its clanking lifts and lonely platforms it characterises some of the depression of the inner city. In recent months a modest effort has been made by London Transport to obscure the grime of decades with a lick of paint; sadly this work has already succumbed to the spray-can artists and vandals. Was it always like this?

Lambeth North station has, indirectly, a very “English” origin. Towards the end of the 19th century, a group of Westminster businessmen realised that an underground electric railway, connecting Waterloo with Marylebone, would enable them to see the last hour of cricket at Lords without having to leave the office too early. Strongly influenced by the success of the City & South London tube railway, these men promoted a Bill in Parliament which passed in 1893. The Bill gave powers to construct a three mile line from Upper Baker Street to James Street, Lambeth (this street was approximately on the site of the cab approach road to Waterloo Station, behind the shops in Lower Marsh).

After a delay due to difficulties in raising the required capital, construction work was begun in 1898 by the firm of Perry & Co of Tredegar Works, Bow. It built a large staging on the north side of the Thames, near Hungerford Bridge, on which workshops, offices and a temporary generating plant were situated. From there vertical shafts were sunk to the line of the tube tunnels, which were driven northwards to Baker Street and southwards to Waterloo. Spoil was removed down river by barge and materials brought in the same way, so avoiding cartage problems through the streets.

Long before work was complete, the promoters – now backed by the London & Globe Finance Co. – obtained Parliamentary approval in 1900 for extensions of the new railway to Elephant & Castle and to Paddington. They also proposed to build a generating station on the site of a school belonging to the Trustees of the Indigent Blind in St George’s Road, Southwark. A single-track tunnel would branch off near Waterloo to serve the site.

Development at the Lambeth end of the line was, however, radically altered in 1902 when the American tycoon Charles Yerkes  bought the whole enterprise from the financially failing London & Globe. The new owner decided first to supply the line from a giant power station being constructed by his company at Lots Road, Chelsea, and to use the St George’s Road site for a workshop and train depot. He steadily integrated the new line, with other underground lines he had acquired, into a system controlled by Underground Electric Railways of London Ltd. The Blind School buildings were demolished in 1904, and excavation of the present three-acre low-level railway yard was completed by J. Mowlem & Co. early in 1906. Yerkes also saw the potential for an additional station, and what is now Lambeth North was sanctioned by Parliament in an Act of August 1903. The extra station, referred to then as Westminster Bridge Road, was designed by Leslie W. Green ARIBA.

Its elevation is similar to Green’s other station exteriors being formed of a steelwork frame clothed with ruby-red glazed bricks – a feature which is common to other UERL stations and still visible at such places as Caledonian Road and Aldwych. The bricks have now been painted over at Lambeth North with a combination of cream and ochre. The station has a spacious ground floor layout with a mezzanine above, in which the windows are formed in a series of graceful arches. The roof was left flat so that additional storeys could be built for commercial occupation (as happened at Elephant & Castle, though the upper storeys fell into dereliction before being renovated as flats and offices) but this has not so far been done at Lambeth North.

Shortly before the opening of the line by Sir Edwin Cornwall (the Chairman of the London County Council) on 10 March 1906, the name was changed to Kennington Road. Soon after, the nickname ‘Bakerloo’ was coined by Capt. G.H.F. Nichols (‘Quex’), the diarist of the “Evening News” in an item about the new railway. This apparently caught the public’s fancy, and it was speedily adopted by the Company itself in July 1906 five months later, for reasons which remain unclear, Kennington Road Station reverted to the name of Westminster Bridge Road.

In engineering terms, the station illustrates the very simple techniques which could be employed when site conditions were favourable. The surface was linked to the platforms by one 18ft diameter vertical shaft containing a spiral staircase, and one 23ft diameter shaft containing lifts. These lifts, by Otis Elevator Co., are substantially the same today as when the line opened, with their heavy panelled surround at the surface entrance, and trapezoid floor shape to make the maximum use of the circular shaft. A second 23ft diameter shaft was originally built and equipped with lifts, but is now disused and serves mainly for ventilation purposes. The depth is about 70ft to the platforms, both of which slope in the direction of the Elephant. This accounts for the tendency among Bakerloo line drivers to overshoot at Lambeth North on the southbound journey.

At the shaft bottom, immediately by the lift entrances, is the interesting little signal cabin which in 1906 represented the last word in electric train control. It was probably the first signal cabin in this country to use an illuminated diagram of the tracks to show positions of trains. On a warm evening, when the signalmen are inclined to leave their door open for better ventilation, it is possible to catch a glimpse of this diagram with its red and white lights winking as the trains pass up and down. It shows clearly the branch off to the depot by St George’s Road from which empty trains emerge in the peak hours direct to Waterloo, so missing hopeful passengers at Lambeth North. A photograph of the signal cabin taken in the early days of the Bakerloo shows it much the same as it is now.

Apart from the second change of name, to Lambeth North in April 1917, the feeling of continuity with the earliest times is still very strong throughout the station. It was little affected by the improvement programmes which the Underground Group launched after the First World War, and untouched by the New Works put in hand by the London Passenger Transport Board in the 1930s. In November 1939 work began on lengthening the platforms to take seven-car trains, but this was not finally completed until May 1945. As a result of electrical modernisation about the same time, a substation was constructed in part of the former entrance way, thus blocking the lift exits on one side at the surface. The passenger flow arrangements were also altered. The main entrance way, which had been at the right-hand end of the station frontage, was closed off and small wooden doors provided to give access to makeshift accommodation for London Transport Police. One pair of lifts was thereafter abandoned and all movements of passengers both in and out have since been though the original exit hall. This seems to matter very little as the number of passengers using Lambeth North has never been large for a central London station.

Looking around it today, there is a remarkable number of clues to its unremarkable past, and in a functional sort of way this after-thought of a station continues to give good service. Dusty but durable, it no longer gives the direct ride to Lords which its promoters intended but in other ways it has stood the test of time surprisingly well.