The Northern Line was formed out of the City and South London Railway (C&SLR) and the Charing Cross, Euston & Hampstead Railway (CCE&HR).

The City and South London Railway (C&SLR) was the first deep level tube railway in London as well as the capital’s first electric railway. It ran from Stockwell to the City of London and was formally opened on 4 November 1890 by the Prince of Wales. The tunnelling started in 1886, with shafts sunk at Stockwell, Oval and Kennington. James Henry Greathead developed Brunel’s unwieldy tunnelling shield into an iron cylinder about 8 feet in diameter with a door at the front to allow the diggers access to the work face. The diggers used hand tools to dig away the soil in front of the shield. The shield was then driven forward by hydraulic jacks which pressed against the iron linings. Water-bearing ground was encountered and excavation of these sections was accomplished by using miners working in compressed air – the first time shield tunnelling was used in such circumstances. Initially there were only 6 stations on the line: Stockwell, Oval, Kennington, Elephant & Castle, Borough and King William Street (near Moorgate). In places, the tunnel was only 10ft 2inches (3.1m) in diameter.

Public traffic started on 18 December 1890 and passengers paid a flat fare of 2d. (just under 1p). The line carried 165,000 passengers in its first two weeks. The platforms were illuminated by gas lamps and had white tiles on the walls. Initially the service was every 5 minutes and passengers travelled in windowless, low squat carriages, which carried 32 people each. Three carriages and an electric engine made up the trains. A power station was built at Stockwell to provide the supply. These three generators were quickly increased to four when it was realised that the electrical power was dropping at the end of the line. The line carried an average of 93,000 people a week for the first 6 months. 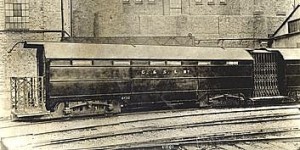 The success of the deep C&SLR line prompted others to build deep underground railways including the Charring Cross, Euston & Hampstead Railway. The CCE&HR was opened in 1907 and initially ran from Charing Cross to Golders Green with a branch between Camden Town and Highgate (renamed to Archway). The first act of Parliament for this line received the Royal Assent on 27 August 1893 but there were problems raising the necessary capital for the project and more Acts had to be passed in 1897, 1898, 1899, 1900 and 1902.

In 1900 an American, Charles Tyson Yerkes, with large interests in the (American) Tramway Industries bought the rights for the line. Yerkes also had a controlling interest in the Metropolitan District Railway and the Baker Street & Waterloo Railway and merged them into the Great Northern, Piccadilly & Brompton Railway. A holding company was set up which on 9 April 1902 became the Underground Electric Railway Company of London Limited (UERL). It was the UERL that was the main contractor to the CCE&HR and started tunnelling in September 1903. Most of the specialists employed on the line by UERL were American with many components being shipped from the USA so the whole philosophy of the line was mainly American. The tunnels were bored using a Price rotary excavator, a power-driven machine with a tunnelling shield that was able to tunnel and line 160 feet (49m) a week. The tunnel’s internal diameter was 11ft 8.25 inches (3.56m). The live was opened to the public on 22 June 1907 and over 140,000 people travelled for free on that day. 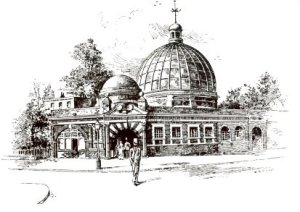 In 1909 all the underground railway companies agreed to use a common brand name with the logo UNDERGROUND. In 1913 UERL acquired the C&SLR and the line started to use UERL working methods which must have caused quite an upheaval to the innovative but antiquated line.

The tunnels of the C&SLR had to be increased from 10ft 2 inches to 11ft 8.25 inches in diameter to allow sharing of rolling stock and this was not started for several years. Work on an extension from Stockwell to Morden commenced in 1923. By the same date 19,000 out of the 22,000 tunnel rings making up the original C&SLR tunnels had been enlarged. In 1926 the tunnel enlargement work was completed and the two lines were merged into what was called the Edgware, Highgate and Morden Line, with a new section between Charing Cross and Kennington. This name then became shortened to the Morden-Edgware Line. Then in 1937 it was renamed The Northern Line.

With thanks to Clive’s UndergrounD Line Guides