Some Mesolithic (8300-4000 BC) flint blades together with some Neolithic (4000-1800BC) pottery shards were found at an archaeological dig on a site directly opposite Vauxhall Park in South Lambeth Road. The site of a prehistoric bridge dating to between 1750BC and 1285BC has recently found near Vauxhall Bridge, which suggests that the area had a significant settlement. There are strong indications that the area was inhabited in the late Iron Age (600 BC-AD 43), immediately before the Roman Invasion of Britain.

There is no mention of Vauxhall in the 1086 Domesday Book (Doomsday Book), but from various accounts three local roads, the South Lambeth Road, Clapham Road (previously called Merton Road) and Wandsworth Road (previously called Kingston Road) were ancient and well-known routes to and from London. The area was flat and marshy with parts poorly drained by ditches. The area only started to be developed in the mid-18th century. Prior to this it provided market garden produce for the nearby city of London. 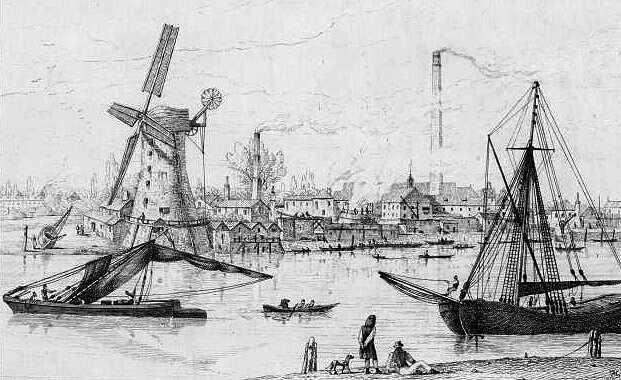 The area formed part of the extensive Manor of South Lambeth, which was probably given by Harold to Waltham Abbey, this gift being confirmed by Edward the Confessor. After the Norman Conquest it was acquired by the king’s half brother, the Count or Mortain, but was forfeited by his son in 1106. By 1263 the manor included Vauxhall, Stockwell and parts of Streatham and Mitcham.

The first references to Vauxhall occur in the region of King John when the De Redvers family, the Earls of Devon, held the land. In 1216 the widow of Baldwin de Redvers, Margaret, was forced to marry a notorious mercenary named Fawkes de Breauté. Fawkes came from humble origins but through a number of successful military adventures he rose to become the Sheriff of Glamorgan in 1211. Later he was to become one of King John’s counsellors. Fawkes gained possession of some of the land and built a hall, which became known as Fawkes Hall. Subsequently the hall and the surrounding area has been known at various times as Fulk’s Hall, Fulkes Hall, Faukeshall, Fawkyhall, Foxhall, Faux Well, and eventually Vauxhall. 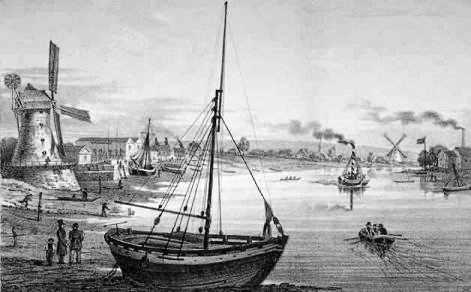 However, in 1223 Fawkes joined the Earl of Chester’s unsuccessful scheme to seize The Tower. He surrendered on threat of excommunication and as punishment for his insurrection many of his possessions were forfeited back to the crown. It is not clear if the land at Vauxhall was part of the forfeit or not, but after Fawkes died, in 1226, the King granted the land to Earl Warenne till the son and heir of Baldwin de Redvers came of age. So the land reverted to the Redvers family.

In 1293 the land at Vauxhall and the South Lambeth Manor passed back to the crown (Edward I) on the death of Isabel de Fortibus, sister of Baldwin de Redvers. Shortly afterwards the two ‘manors’ were amalgamated under the name of Vauxhall and references to the Manor of South Lambeth start to disappear from the records to be replaced by the Manors of Vauxhall and Stockwell.

In 1308 Vauxhall was granted to Richard de Greseroy, the King’s Butler, and in 1317 to Roger Damory and Elizabeth his wife, the King’s niece. Roger teamed up with the rebel Earl of Lancaster in 1321 and at his death his estate was forfeited to the crown. In 1324 the manor was granted to Hugh le Despenser the elder, but in 1337 Edward III granted it to the Black Prince.

By 1349 courts were being held at Vauxhall. In 1362 the Black Prince granted income from part of the land to the Prior and Convent of Christ Church Canterbury to provide a chantry to celebrate masses for his soul in the Cathedral crypt. This grant was a condition by the Pope, for a dispensation allowing the Black Prince to marry his cousin, Joan, Countess of Kent.

After the Dissolution of the Monasteries in the 16th century, the majority of the Manor of Vauxhall was transferred to the Dean and Chapter of Christ Church Canterbury with some land in the ‘Lambeth Marsh’ going direct to the Archbishop of Canterbury.

Although parcels of land were sold off, the manor of Vauxhall remained broadly as one. In 1449 the manor was leased to two citizens of London – Thomas del Rowe and Peter Pope, for £20 per year. Effectively the church owners had become absentee landlords using the rent to continue the prayers for the Black Prince. By 1472 the cost of maintaining the chantry had risen to £40 a year but the income was still only £20 and the lease on the whole of the manor ended shortly afterwards. The land was subsequently let more profitably in smaller parcels.

During the 16th century a dock at Vauxhall was used by King Henry VII for the purpose of loading stone from the demolished Palace at Kennington for the use in the construction of Whitehall Palace.

In 1615, during the region of King James I, a property known as ‘Stock-dens’, attached to the Spring Gardens (an area of some eleven acres) was held by Jane Vaux who may have been a descendant of Falkes de Breauté.

During the 1630s, in the reign of King Charles I, an ‘experimental workshop’ was set up, probably at Copt Hall (opposite the site of ‘Glasshouse Walk’) by Edward Somerset, Marquis of Worcester, with the assistance of Caspar Calthoff, a mechanic form the Netherlands. The Marquis was a prolific inventor, specialising in cyphers, locks and military engineering, and is credited with the first practical use of steam power.

During the Civil War the Parliamentarian forces strengthened the defences of London by erecting a number of forts, including a star fort at Vauxhall linked by a chain barrage to Tothill Fields. The workshop at Copt Hall was taken over by the Parliamentary forces. The fort at Vauxhall is known to have survived until the end of the 18th century and is indicated on Lambeth’s plan of London, published in 1806, on which it is described as ‘Oliver Cromwell’s Castle’, near to the Effra River at the end of Kent Street.

Although a supporter of the King, it appears that the Marquis of Worcester was still active during the Commonwealth period as in 1650 he is reported as proposing the establishment of a ‘College of Artisans’ at Vauxhall. During the 1660s Sir Samuel Morland, the spy, diplomat, mathematician, and inventor, built a fine house and gardens on the site of the old Vauxhall Manor which attracted many visitors. Vauxhall Manor was next to Copt Hall and Spring Gardens.

In 1635, in response to the then current fashion for members of the aristocracy to be seen walking in the open air, Charles I had opened Hyde Park to the public in 1635. After the Restoration, under Charles II, public entertainments became fashionable once more and England strove to outdo the extravagances of the French court.

In 1661 the famous garden at Vaux-le-Visconte, designed by Andre Le Notre, was opened with a fete in honour of the young French King Louis XIV, and in the same year the ‘New Spring Garden’ at Vauxhall opened to the public. 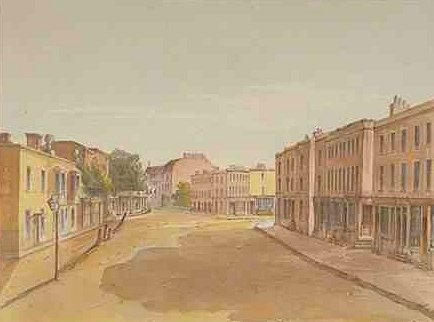 The area was best known for the Vauxhall Pleasure Gardens but Vauxhall remained a village till the mid 1800s. By the 1860s it had been swallowed up by poor housing. Charles Dickens mentions Vauxhall in Bleak House (the Lawyer Mr. Guppy intends to set himself up professionally in Walcot Square) and in Nicholas Nickleby (Peg Sliderskew hides in Lambeth after stealing Gride’s papers). 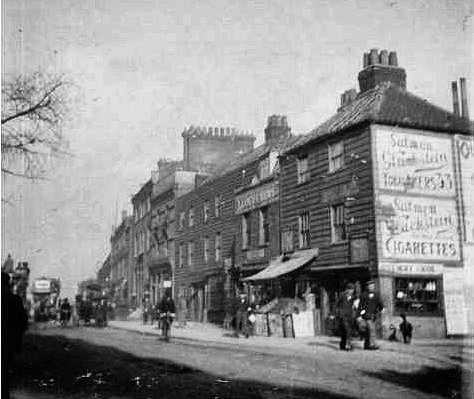 The placename Vauxhall is not unique to south London. At the last count there were 69 roads in the UK with Vauxhall in the name. We have also heard of areas called Vauxhall in: